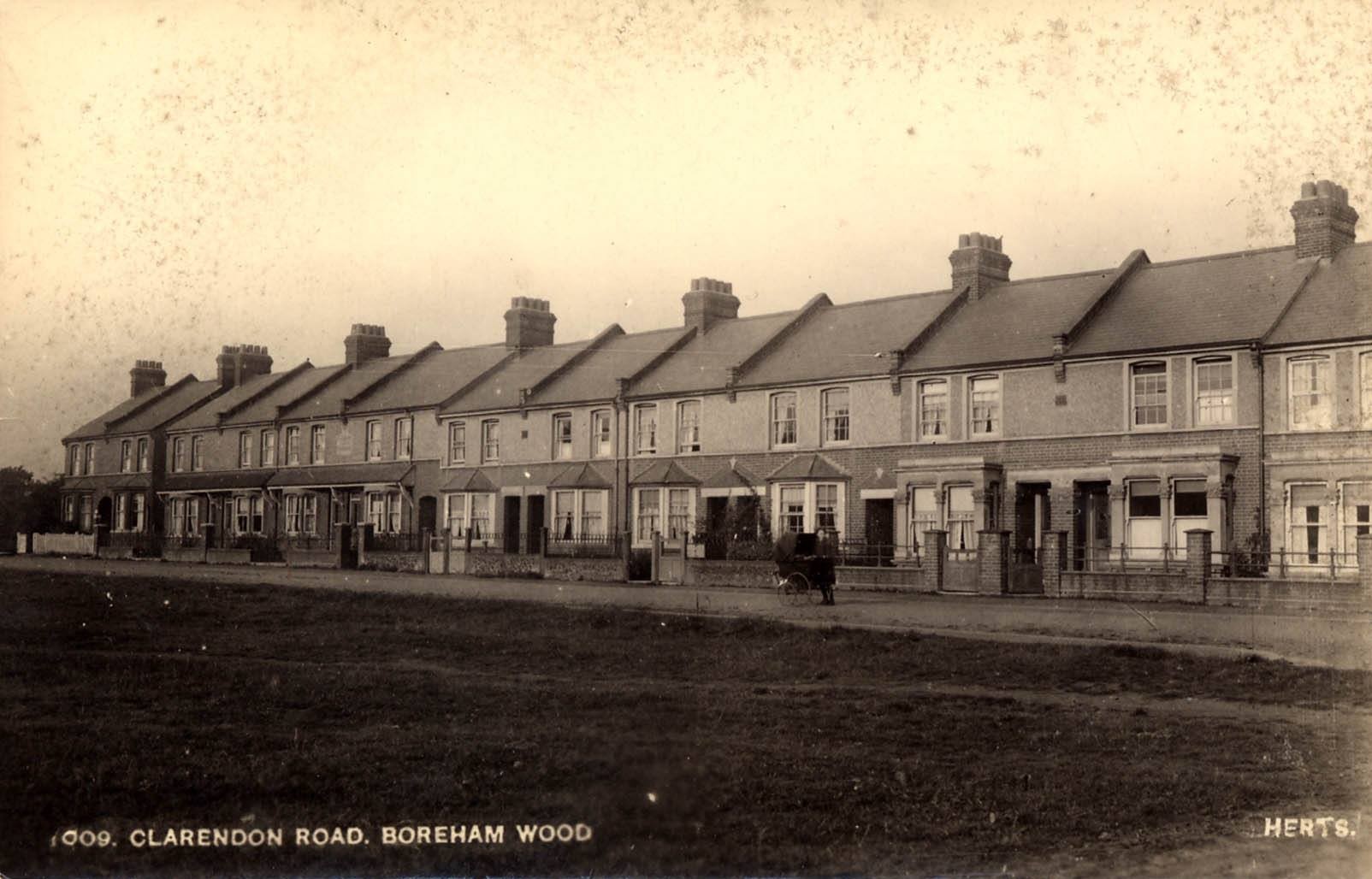 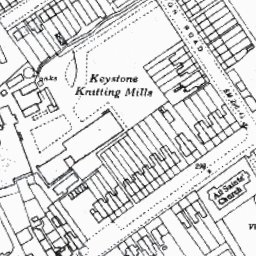 Clarendon Road, WD6
Clarendon Road runs north from Shenley Road. The road is older than most streets in Borehamwood, dating as it does from prior to the First World War. It receives its name from the Earl of Essex and Clarendon who also built the Nascot estate in Watford a few decades previous to its construction.

Clarendon Road and Eldon Avenue are now the two entrances into the BBC Elstree Centre, previously ATV/Central TV and the Rock Studios before that.

Streatham Vale
The development of Streatham Vale dates from the 1920s Although the Greyhound Inn was established around 1730, the area was rural until the early twentieth century.

Around 1930 schools opened on Streatham Vale, the Greyhound Inn was rebuilt and the River Graveney was culverted to prevent flooding.
»read full article

Just after this date, the first houses appeared on Eardley Road and a handful of industries were established, bringing local employment opportunities.
»read full article


Streatham Vale, SW16
Streatham Vale was created when Greyhound Lane was split in two by the arrival of the railway The lane began as a track connecting Mitcham with Norwood. By 1730, the Greyhound Inn was in existance.

The opening of Greyhound^ Lane station in 1862 at first brought few changes to the rural area. In 1875 the station was renamed Streatham Common and after that date half of Greyhound Lane became Streatham Vale.

Subsequently, schools opened on either side of Streatham Vale and the Greyhound Inn was rebuilt.
»read full article

The BBC has sold the majority of buildings on the site and it has been renamed White City Place by new owners Stanhope and Mitsui Fudosan.


Keats House
Keats House is a writerâs house museum in a house once occupied by the Romantic poet John Keats. Maps prior to ca.1915 show the road with one of its earlier names, John Street; the road has also been known as Albion Grove. The building was originally a pair of semi-detached houses known as "Wentworth Place". John Keats lodged in one of them with his friend Charles Brown from December 1818 to September 1820. These were perhaps Keatsâs most productive years. According to Brown, "Ode to a Nightingale" was written under a plum tree in the garden.

While living in the house, Keats fell in love with and became engaged to Fanny Brawne, who lived with her family in the adjacent house. Keats became increasingly ill with tuberculosis and was advised to move to a warmer climate. He left London in 1820 and died, unmarried, in Italy the following year.

The house is a Grade I listed building.
»read full article


Hall School
The Hall School is an independent boysâ preparatory school in Belsize Park. The school originated as Belsize School, founded in 1889 by the Revd Francis John Wrottesley, who with his wife had taken fee-paying pupils at their home in nearby 18 Buckland Crescent since 1881. The Wrottesleys sold their school in 1898 to the Revd D. H. Marshall, who took over an adjoining house in 1903, when there were 58 boys, including 10 boarders. In 1905 Marshall bought the Allen Olney girlsâ school, which his wife continued at Buckland Crescent.

Marshall moved the boys to Crossfield Road and renamed the school The Hall. The roll was over 100 in 1909, when he sold the school to G. H. Montauban. It prepared boys aged 5 to 13 for public schools and won many scholarships. Montauban bought Woodcote at 69 Belsize Park, at the corner of Buckland Crescent, in 1916 and opened it in 1917 for boys under 8. The school was recognized[clarification needed] from 1919, when Montauban sold The Hall to R. T. Gladstone, retaining the junior school until 1923.

In 1957 the school moved from the Royal Albert Hall, having acquired the lease of the Embassy Theatre at Swiss Cottage and its associated buildings. By 1961 three distinct departments had been established within Central. The stage department was running its three-year course for actors, with alumni including Laurence Olivier and Peggy Ashcroft already a part of its history, and a two-year course for stage managers. The teacher training department was preparing students for its own diploma, which was a recognised teaching qualification, and for the London University Diploma in Dramatic Art. That diploma had been instituted in 1912 as a result of Fogertyâs campaign for the recogn...
»more


6 Ellerdale Road
6 Ellerdale Road is a house built by the Arts and Crafts movement architect Richard Norman Shaw for himself in the period 1874 to 1876. It is a large red brick detached house between Frognal and Hampstead in London and is now the Institute of St Marcellina.

It was made a Grade I listed building in 1950 and since 2006 has been used as a convent.
»read full article

Hampstead is on a steep hill and the station platforms are the deepest on the London Underground network, at 58.5 metres (192 ft) below ground level. It has the deepest lift shaft on the Underground at 55 metres (180 ft) feet which houses high-speed lifts. There is also a spiral emergency staircase of over 320 steps.
»read full article


St Mary Colechurch
St Mary Colechurch was a parish church in the City of London destroyed in the Great Fire of London in 1666 and not rebuilt. The church was situated at the junction of Poultry and the south end of Old Jewry. Named after its first benefactor, it was a prosperous parish able to support a grammar school, which was rebuilt on the site after the fire and continued in that locality until 1787.

The Great Fire of London of 1666 destroyed 86 of the 97 parish churches in the City of London. By 1670 a Rebuilding Act had been passed and a committee set up under of Sir Christopher Wren to plan the new parishes. Fifty-one were chosen, but St Mary Colechurch was one of the minority not to be rebuilt. The parish was united with St Mildred, Poultry, although the parishioners objected on the grounds that:

This was a noisy, crowded parish perpetually disturbed by carts and coaches, and wants sufficient place for burials.

When St Mildredâs too was deemed surplus to requirements, following the passing of the 1860 Union of Benefices Act, it passed successively through partnerships w...
»more


Wedderburn Road, NW3
Wedderburn Road is a street in Hampstead. A large house in southern Hampstead was leased between 1792 and 1803 to Alexander Wedderburn, Lord Loughborough, Lord Chancellor and later earl of Rosslyn. He renamed this house Rosslyn House and was a notable resident of Hampstead.

One of the major builders in Hampstead was William Willett (1837-1913). A fashionable builder in Kensington from 1876, the Willett opened an office in Belsize Court after 1873 and, having built some cramped houses in Belsize Crescent, put up large houses in Belsize Avenue. In 1880 he obtained a 99-year lease of 12 acres of the Belsize Court estate, where from 1886 he built Wedderburn Road, named after the notable earlier resident of the area.

The Willett houses were solidly constructed and set a new artistic standard for speculative architecture. They were red-brick and varied in design, many of them by Willetâs own architects Harry B. Measures and, after 1891, Amos Faulkner.