Aldermaster Street is a lost street of North Kensington 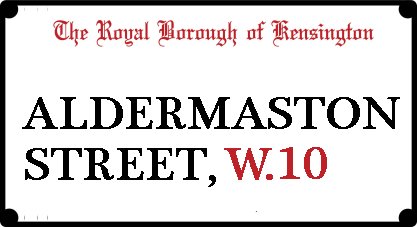 It was one of the streets which disappeared after the Westway was built though it didn’t lie directly on the route. Instead its footprint covers what is now the Westway Sports Centre.