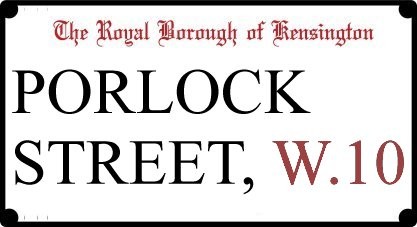 Porlock Street is now simply a stump of a street, a cul-de-sac without its own name. Before the 1960s it ran up to Barlby Road from Treverton Street.

Formerly Bran(d)sford Street, it had become Portlock Street in 1917. After the Second World War, it became Porlock Road for a while.