Houghton Street is a street which has been âdemotedâ over time. 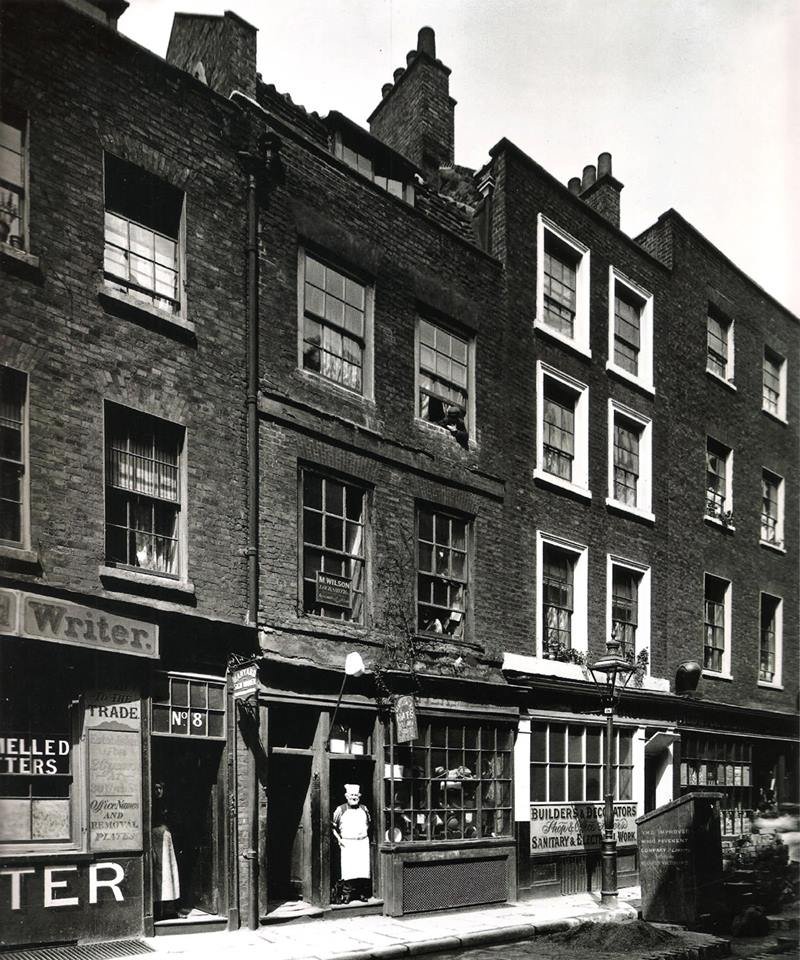 Houghton Street in the Drury Lane slum c1900.
In the early eighteenth century John Strype described Clare Street, Houghton Street and Holles Street as "well built and inhabited", but he also noted pockets of poverty in small courts north of the market.

The area went rapidly downhill in the years after, turning into a ârookeryâ, until the rebuilding of the whole area to create Aldwych and Kingsway in 1904-5.

Having been founded in 1895, the LSE was looking to establish a campus which didnât happen until after the First World War. The foundation stone of the London School of Economics âOld Buildingâ, on Houghton Street, was eventually laid by King George V in 1920 and the building was opened in 1922.

The LSEâs neighbours had been small businesses and shops such as Meakinâs the grocer at 18 Houghton Street, Lynn and Harding publishers at no. 17 and the Three Tuns public house at the corner of Houghton Street and Clementâs Inn Passage.

The largest neighbour, almost opposite the Main Entrance, was St Clement Danes Grammar School. The grammar school had opened in 1862 teaching English, maths, science and French alongside Latin and divinity.

In due course, the LSE buildings took over the street, so much so that sometimes the street is missing from modern maps.