Sandwell House was owned by three generations of the Wachter family. 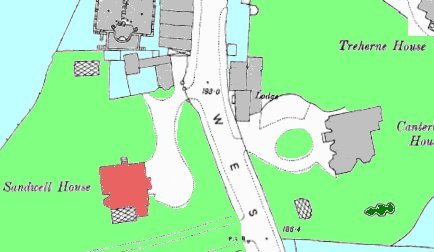 In 1655 William Hitchcock, merchant tailor, built a 'mansion house' to the south of what was later known as Sandwell.

Sandwell was held by three generations of Wachters, London merchants, possibly Jews, from c. 1649 to 1686.

By 1762, a Mr Armine Snoxell owned the house and stabling.

As West Hampstead developed at the turn of the 20th century, the house was demolished and Sandwell Mansions constructed on the site.