The Kensington Hippodrome was a racecourse built in Notting Hill, London, in 1837, by entrepreneur John Whyte. 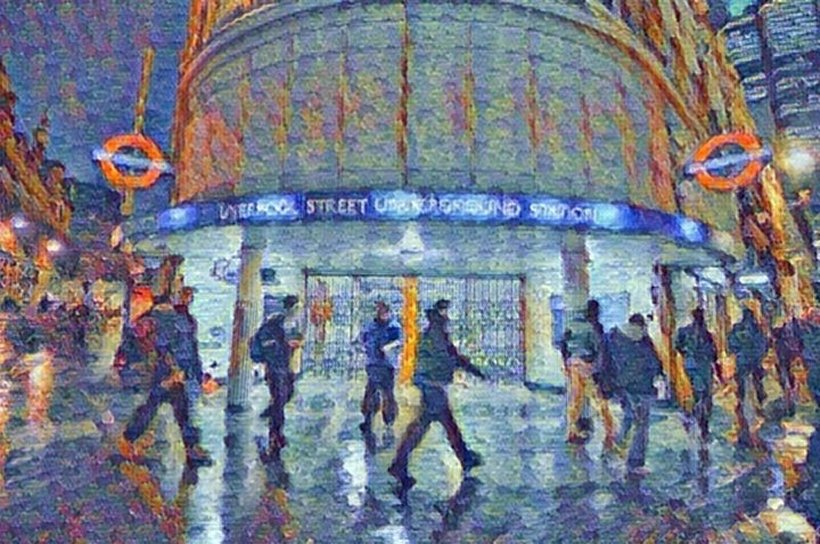 "The last grand steeplechase at the Hippodrome racecourse, Kensington" (oil on canvas)
The year of Queen Victoria's accession, 1837, saw the inauguration of a new venture in West London - an attempt to establish a race-course which would rival Epsom and Ascot in its attractions. The prospectus, issued in 1836, stated that 'an extensive range of land, in a secluded situation, has been taken and thrown into one great Park, and is being fenced in all round by a strong, close, high paling. This Park affords the facilities of a STEEPLE-CHASE COURSE, intersected by banks and every description of fence; and also of a RACE-COURSE distinct from the Steeple-Chase Course; and each Course is capable of being suited to a Four Mile Race for Horses of the first class.'

The founder of this enterprise was a Mr John Whyte of Brace Cottage, Notting Hill, who had leased about 200 acres of ground from Mr James Weller Ladbroke, the ground landlord. The course as originally laid out was bounded approximately by Portobello Road, Elgin Crescent, Clarendon Road and the south side of Ladbroke Square. The main entrance was through an arch at the junction of Kensington Park Road with Pembridge Road. It was also intended to provide facilities for all forms of equestrian exercise and for other out-door sports on non-racing days.

The first meeting was held on 3rd June, 1837, with three races for a total prize list of Â£250 and was followed by a second meeting on the 19th. Although it was agreed that the company was brilliant and that many 'splendid equipages' were present, the quality of the racing met with a mixed reception, one writer calling the horses entered 'animated dogs' meat'. Furthermore, Mr Whyte, in his enthusiasm to enclose the course, had blocked up a right-of-way that crossed its centre and which enabled local residents to avoid the Potteries, a notorious slum. Some local inhabitants took the law into their own hands and cut the paling down at the point where the footpath entered the grounds of the race-course. As a result, the crowds on the first and subsequent days' racing were increased by the presence of unruly persons who, taking advantage of the footpath dispute, entered without paying for admission.

The next two years saw all attempts by Mr Whyte to close the footpath frustrated. There were summonses, counter summons, assaults, petitions to Parliament by the local inhabitants and the parochial authorities together with a wordy and scurrilous warfare in the columns of the press. There was even a plan at one time to make a subway under the race-course, but in 1839 Mr Whyte abandoned the unequal struggle and relinquished the eastern half of the ground.

The new course, renamed Victoria Park in honour of the young Queen, was extended northward to the vicinity of the present St Helen's Church, St Quintin's Avenue, and, as the prospectus pointed out, 'the race-course
User unknown/public domain