Queens Road is one of the streets of London in the SE15 postal area. 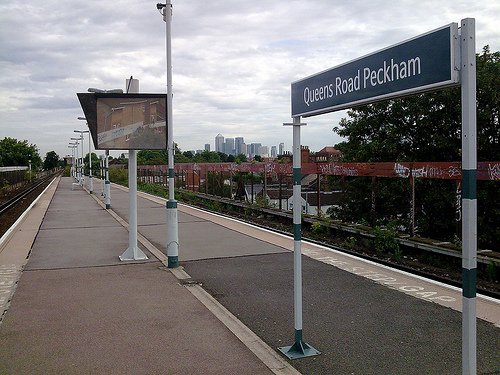 Queens Road Peckham railway station serves the area to the east of Peckham.

The station originally opened, with the line, on 13 August 1866 and had two wooden side platforms but three tracks passing through it.

The present island platform dates from the 1970s which is on a viaduct with the line: there are 48 steps leading to it, and one block of platform buildings.

It became a London Overground station on 9 December 2012, having previously been on the Inner South London Line.