The Albert Hotel, on the corner of All Saints Road and Cornwall Road (now Westbourne Park Road). 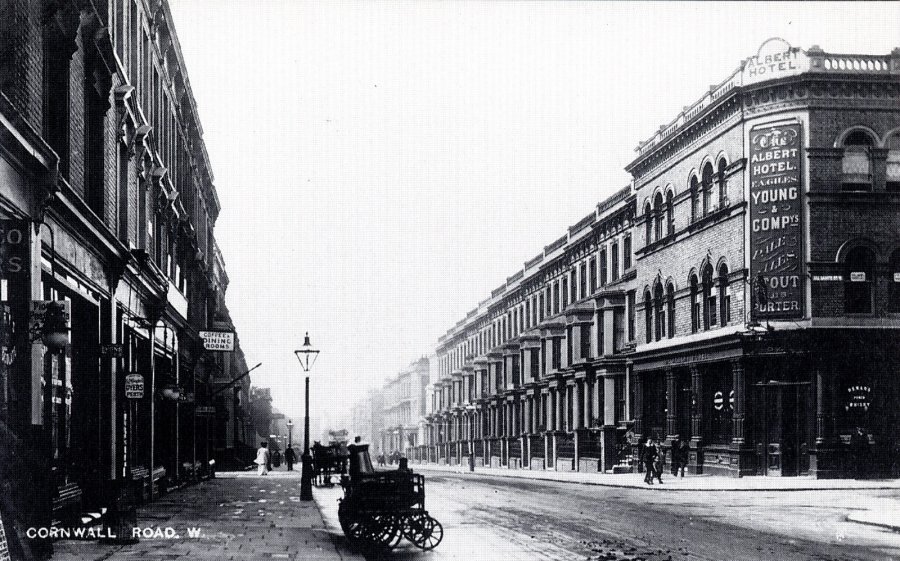 The Albert Hotel, on the corner of All Saints Road and Cornwall Road (now Westbourne Park Road).
This photo was taken in the early 1900s in the heart of the Colville area of Notting Hill.

The Albert Hotel, on the corner of All Saints Road and Cornwall Road (now Westbourne Park Road).
User unknown/public domain