Barnet Grass Speedway was active between 1929 and 1936, next to the recently constructed Barnet By Pass. 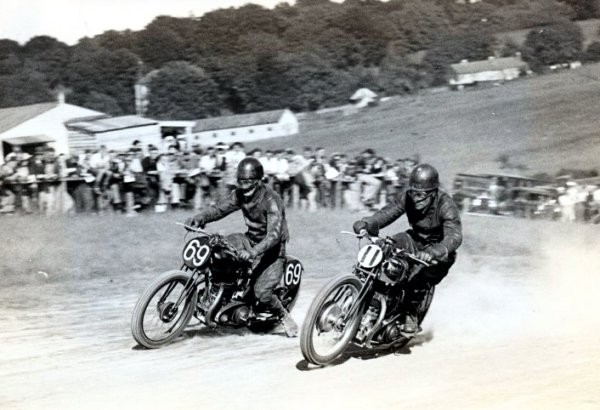 Barnet grass speedway in operation
It was the North London Motor Club that negotiated to run speedway on a twenty acre grass track that was adjacent to the Barnet Bypass. It was thus so convenient to travel to with plenty of room for spectators and their transport. The track was originally grass-covered rather than the more usual cinder or shale. The track was opened for the first meeting on the 27 July 1929.

The site remained the venue for open meeting through to 1936 although by 1934 the grass was all but worn away and cinders were added to the bends. The name for its final year was changed to simply ’Barnet Speedway’.

Closing in 1937 when the North London Motor Club failed to achieve an extension on the licence after having successfully completed eighty seven meeting meaning that speedway was lost to the area however the NLMC moved their speedway operation to High Beech leaving the owners of the land free to sell it on for building.

Once the circuit had been sold off, Saffron Green Junior School was built directly over the site in the 1950s.