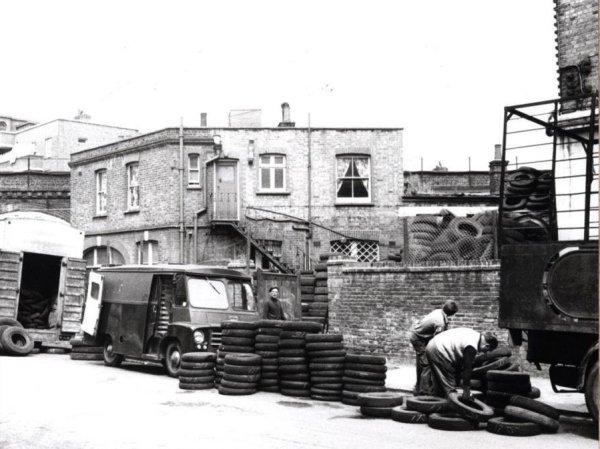 Ridler’s Tyre Yard - 1960s?
It was situated next to the railway bridge in Blechynden Street. This part of the street was redeveloped.