Stratford is one of the streets of London in the E15 postal area. 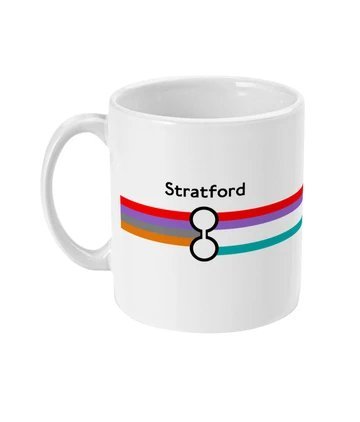 Stratford station is a large multilevel railway station in Stratford, east London. The station served as a key arrival point for the London 2012 Summer Olympics and Paralympics.

Stratford was historically an agrarian settlement in the ancient parish of West Ham in the county of Essex, which transformed into an industrial suburb following the introduction of the railway in 1839. As part of the growth of London in the late 19th century, Stratford significantly expanded and increased in population, becoming the centre of administration of the Borough of West Ham in 1886 and it has formed part of Greater London since 1965.

The more recent economic history is underpinned by a move away from railway works and heavy industry towards becoming a significant commercial and cultural centre.

Stratford station was opened on 20 June 1839 by the Eastern Counties Railway.

Central Line services started on 4 December 1946, extended from Liverpool Street station in new tunnels after being delayed due to the Second World War. The Docklands Light Railway opened on 31 August 1987 reusing redundant rail routes through the Bow and Poplar areas to reach the new Docklands developments on the Isle of Dogs. The low-level station was substantially rebuilt in the late 1990s as part of the Jubilee Line Extension works, with a large new steel and glass building designed by Wilkinson Eyre that encloses much of the low-level station, and a new ticket hall. The Jubilee Line opened to passengers on 14 May 1999.

With the great increase in services and passengers since the Second World War, Stratford has changed from a fairly busy junction into one of Britain's major rail interchanges.