The Neptune Film Company opened the first studios in Borehamwood in 1914. It contained just a single small windowless stage (the first dark stage in England), relying entirely on electricity from a gas powered generator for lighting. 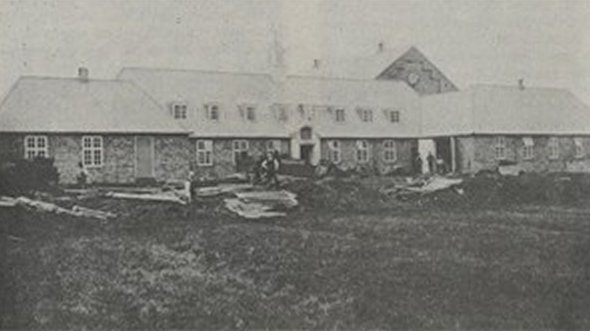 The Blattner Studio was leased to Joe Rock Productions during 1934 and 2 years later they purchased the site. Rock Productions built 4 new large stages and began making films including the 1937 feature The Edge Of The World.

The studios were owned by British National Films Ltd between 1939 and 1948, although during this period a large portion of the studio was taken over by the Government for war work.

During 1953 the studios were leased to Douglas Fairbanks Jr, mainly for television production (including the Douglas Fairbanks Presents series and Alfred Hitchcock Presents) but were sold to Lew Gradeâs Associated Television in 1962. Most of ATV's larger productions came from this site, most notably the international hits The Saint and The Muppet Show. After contract negotiations in 1968 requiring more regional coverage for the Midlands, more programmes came from their new studios in Birmingham, notably Crossroads, Bullseye, Tiswas and a few other small-scale programmes.

The studios were bought by the BBC in 1984 to become the home of EastEnders, but many other programmes have been made there - Top of the Pops, 'Allo 'Allo!, Grange Hill and Holby City - amongst others past and present.