Brickfield Cottages were built in 1858 by Charles Morgan, who owned the brickfield next door. 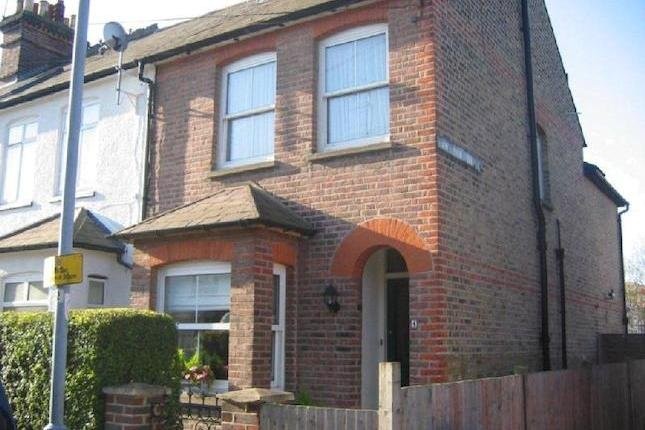 Brickfield Cottages, Boreham Wood
Further cottages were built in 1868 for railway workers but of interest to their further story is a parallel story of local Henry Robinson. who came into possession of some of them.

Robinson built the âRed Roadâ bridge over the railway - this linked Parkfield to Theobald Street and additional gave access for Tilehouse Farm to reach some of its fields cut off by the new line.

Robinson owned much of the land in Borehamwood and in 1871 built a parade of shops in Theobald Street almost opposite the entrance to Brickfield Cottages. The shops became known locally as âRobinsonâs Follyâ - they expected the venture to fail. But the venture didnât and the shops remain in existence today.

Robinson gave two of the Brickfield Cottages to his daughter as part of her dowry.