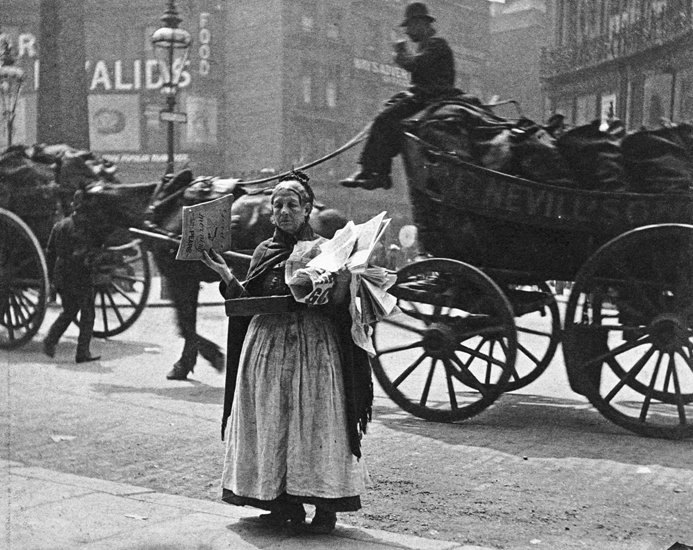 Magazine Seller, Ludgate Circus, 1873
Credit: Paul Martin
She is likely positioned on the corner of Fleet Street and Farringdon Street with the view looking to the south west. The building behind her survive on the opposite corner.

Paul Martin, the photographer, was a pioneer of the use of the hand-held camera for taking candid street snaps