Originally built by Henry Thrall (or Thrale) c.1656, Thrawl Street ran east-west from Brick Lane as far as George Street across a former tenter field owned by the Fossan brothers, Thomas and Lewis. 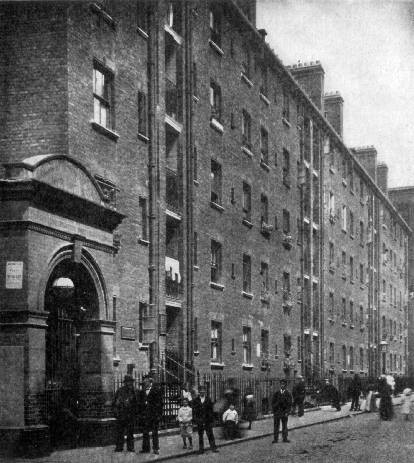 Charlotte De Rothschild Dwellings, Thrawl Street, from People Of The Abyss, 1902.
Most, if not all, of the properties on the street were timber-built and many were still standing as late as 1736. Little George (later Keate) Street was extended west from the junction of Thrawl and George Streets by the 1740s.

Between 1807-30, rebuilding leases were granted, but none seems to have taken place, although repairs were made albeit poorly done and Thrawl Street, like others in the neighbourhood, continued to deteriorate. It soon became known for its lodging houses and mean tenements and at this time was only joined to Commercial Street by Keate Street and then a narrow alleyway called Keate Court. This part was opened up c.1883 following the demolition of properties in readiness for the later construction of Charlotte De Rothschild Dwellings on the north side and Lolesworth Buildings to the south. Subsequently, Keate Street was renamed as part of Thrawl Street in 1884.

The model dwellings of Thrawl Street and the surrounding area were demolished 1973-80 and all that remains are some buildings at the Commercial Street end and the Frying Pan pub (now a restaurant) on the corner with Brick Lane. Officially, the street today is a winding road that curves around the Flower and Dean Estate (built 1982-4). Where Flower and Dean Walk emerges onto Wentworth Street stands one of the two arches that furnished the entrances to the Charlotte de Rothschild Dwellings courtyard. This particular arch is the one that originally stood on Thrawl Street and can be seen in its original position in a photograph taken for Jack London’s People Of The Abyss (1902). 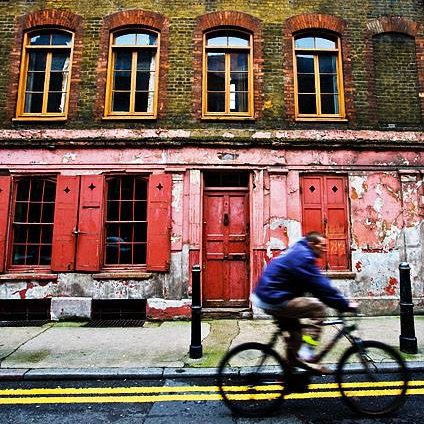