The bombing of the Second World War meant that some whole streets were wiped off the future map. Rackham Street, in London W10, was one of them. 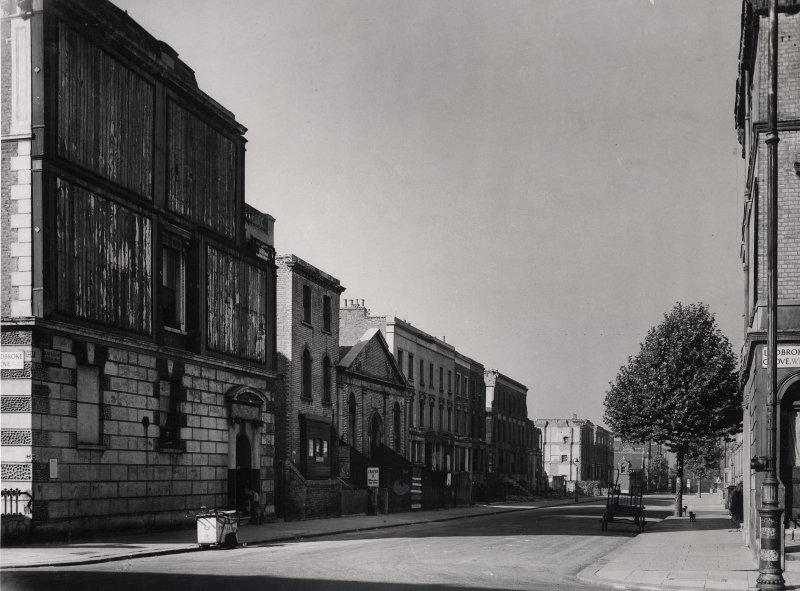 On Ladbroke Grove looking west down Rackham Street in the late 1930s.
Credit: Kensington and Chelsea Public Library
On the left (south) side of the street, a local tradesmen's trolley can be seen - possibly a knife sharpener.

However, a clue to the empty streets can perhaps be seen further down the street. A huge gap in the houses shows the bomb damage from 1940, some ten years before.

The photographer of these shots toured streets, perhaps knowing the fate of the area. The view would be utterly transformed by subsequent redevelopment in the early 1950s.