Built between 1875 and 1886 in west London, Bedford Park is the first garden suburb and one of the most influential housing developments in Britain. 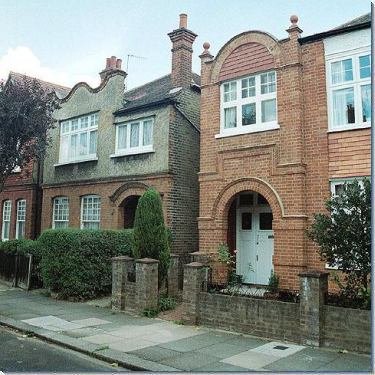 Residences typical in the style of Bedford Park.
Credit: Pam Brophy
Long considered a prototype for later garden cities and suburbs, Bedford Park owes its origin to the Aesthetic Movement of the 1870s. This followed the ideals of men such as John Ruskin and William Morris, who encouraged the appreciation of beauty in everyday life as a revolt against what they saw as mid-Victorian materialism, ostentation, vulgarity and the increasing effects of industrialisation. In a letter written in 1874 Morris said: '...suppose people lived in little communities among gardens and fields, so that they could be in the country in five minutes.'

Among the London middle-classes were many who looked in vain for a suitable environment in which these ideals could be expressed. Their need was recognised by Jonathan Carr, a cloth merchant with a taste for property speculation and family connections in the world of art.

Having married the daughter of a man who owned quite a bit of land round Turnham Green station on the western edge of London, in 1875 he bought 24 acres and set about his scheme. The site was ideal, with many fine trees, and with connections to all parts of London and the City only 30 minutes away. Carr planned a new kind of estate in which aesthetically acceptable houses at cheap rents would be set in an informal layout which preserved as many mature trees as possible.

Architecturally, Bedford Park can be seen as the embodiment of the newly-fashionable Queen Anne Revival style of the 1860s. This was a somewhat inaccurate term describing a combination of 17th and 18th century English and Flemish domestic design which also incorporated eclectic motifs drawn from many sources. This included rubbed-brick arches and dressings over and around openings, terracotta embellishments, open-bed and broken pediments, monumental chimneys, shaped and Dutch gables, tile-hung gabled walls, white painted balustrades, balconies and bay-windows. Unlike many contemporary houses, there were no basements and front gardens had wooden fences rather than iron railings.

Bedford Parkâs buildings and community spirit were an inspiration and model for the creators of later garden suburbs and cities. It may have lacked their planned social structure, but Carr provided a church, adjoining parish hall, stores, a pub called The Tabard (in contrast, the founders of Hampstead built tea rooms as they disapproved of alcohol), not to mention a Club with a stage for theatricals and where the progressive residents even allowed ladies to join in debates â not exactly the usual Victorian behaviour.

Judging from contemporary accounts, there were also frequent fancy dress balls and ladies cycled around in bloomers. Early residents included painters and illustrators â quite a few houses had studios â writers, actors, poets (the Yeats family rented various houses over the years), general free-thinkers and even the odd Russian anarchist.

By the end of the Second World War, however, Bedford Parkâs glory days were over. Many of the houses were in multi-occupation, the old club house was a club for CAV workers, and bus conductors called it âpoverty parkâ when Tom and Eleanor Greeves moved here in the 1950s. Both were architects who appreciated the spacious houses, and when demolition threatened some of these Tom co-founded the Bedford Park Society in 1963 to protect the amenities of the earliest garden suburb.

Bedford Park pioneered a number of concepts later used and formalised by the designers of the garden city movement. It is the result rather than the process that sets the area apart, and makes it an important landmark in suburban planning.

Carr's instincts led him to create what greater intellects could later explain and emulate; yet it is arguable that we have here a more successfully semi-rural environment than Bedford Parkâs more carefully planned successors. Britain in the first half of the 20th century developed a form of suburbia that is unlike anything else in the world, and this estate represents a turning point in the architecture and layout adopted for it. Without the intellectual framework of garden city pioneer Ebenezer Howard and the socialist influence of William Morris, it is perhaps all the more remarkable that one man should have created such a place, and such an influential social experiment. It is not diminished by the fact that Carr was a slightly dubious property developer, nor the decline of his business through his less shrewd ventures. He was treading new territory, and it is right that he should be remembered for it

Though now swallowed up by Greater London, Bedford Park still retains its identity, community spirit and the unique character bequeathed by Carr's inspiration and Shaw's genius.

Residences typical in the style of Bedford Park.
Pam Brophy 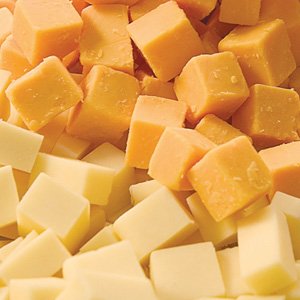