The part of Wardour Street south of Shaftesbury Avenue runs through London’s Chinatown. 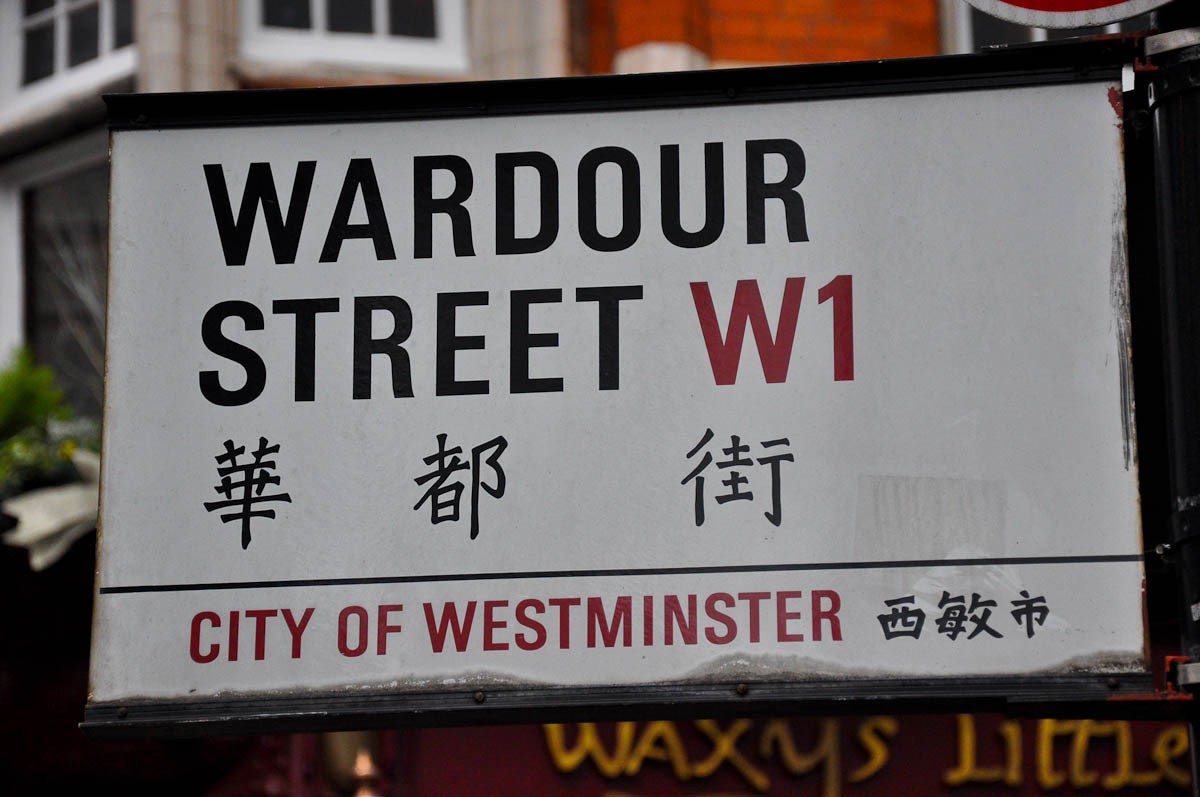 Bilingual Wardour Street
Chinatownâs fourth gate on Wardour Street was completed in 2016 and built in traditional Qing Dynasty style, it is the largest Chinese gate in the country. Chinatown has buildings and streets decorated with Chinese symbols such as dragons and lanterns. Street signs are written in English and Chinese.