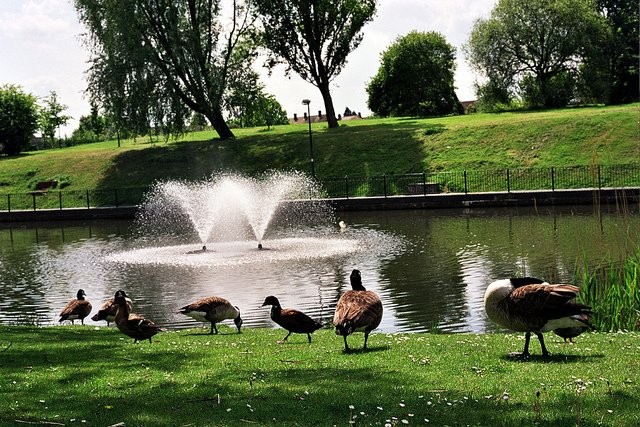 Aberford Park lake
The land that become the park was bought by the local authority in stages from 1888. It lies on the route of a stream - Tykes Water.

Just after the Great War, the area that would later become the park was turned into a sewage works. By the 1940/50s it was out of use and the area was used for landfill.

Due to the building of the Borehamwood estate, Tykes Water was culverted and Aberford Lake created - a damned tributary to Tykes Water. It allows surface water to be collected and drained from the local area.

As Aberford Park was designated, a tree avenue leading to Croxdale Road was planted by local school children - each tree represents Borehamwood school.

There are two children's play areas, along with a skate park and 'extreme' sports area as well as a sensory play. Graffiti projects are carried out on the walls of the multi sports area.