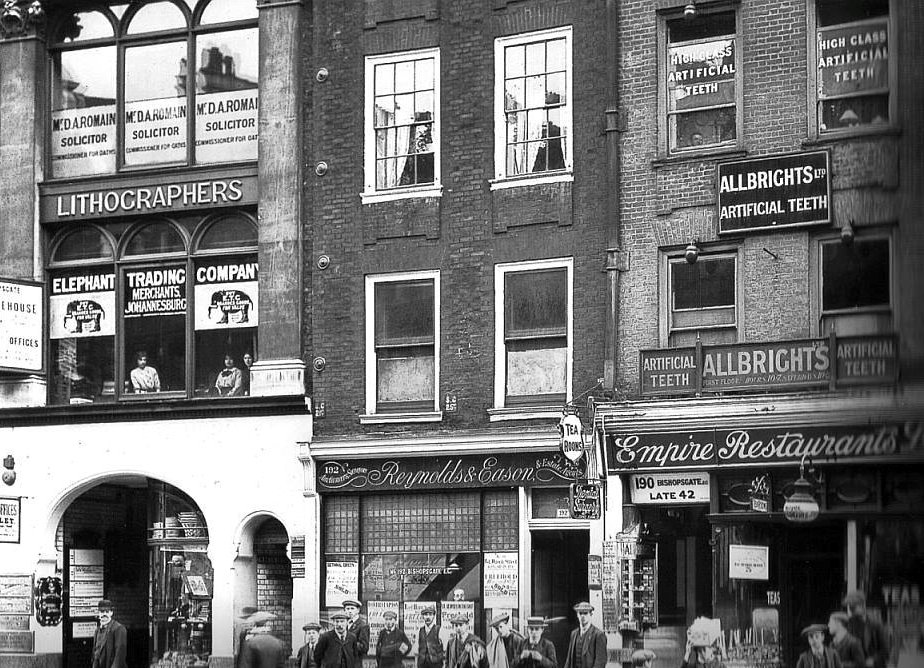 Bishopsgate, 1912. See the people looking out the upstairs windows.
The City of London has always been dedicated to commerce. Buildings come and go; fashions change and the economic cycle governs us all.

Look at the image and youâll be presented with a variety of businesses which would fail in the modern world - artificial teeth, a company which only trades with South Africa. But the wheel of industry turns and some of todayâs occupants of the same address will come and go like their predecessors. 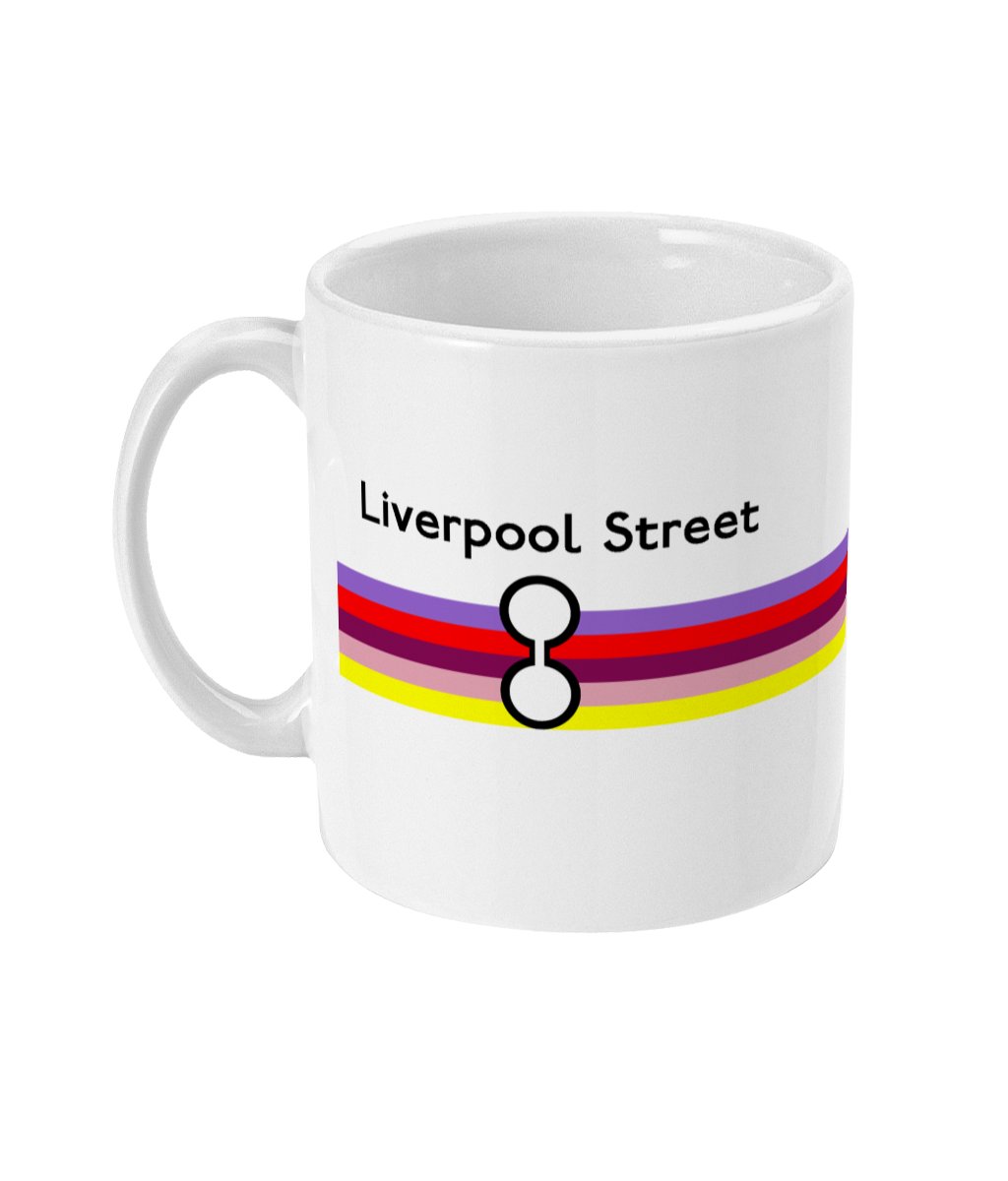