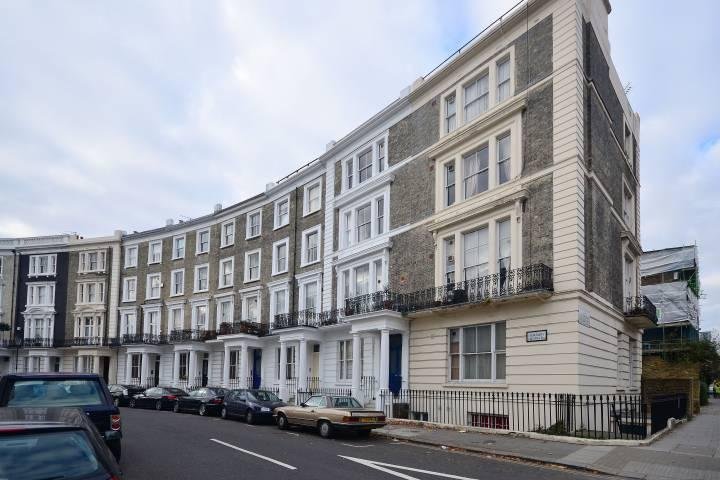 Horbury Crescent, 2015
In 1848 the site (which was then agricultural land) was leased by Felix Ladbroke (the heir of James Weller Ladbroke who had begun the development of the Ladbroke estate) to William Chadwick in 1848. Chadwick, although he described himself variously as an architect and a builder, was in fact what we would now call a developer, who also developed part of Ladbroke Road and several other nearby streets. Building of Horbury Crescent was in fact begun in 1855 by his heir W.W. Chadwick, and by 1857 sixteen houses were in the course of erection.

Kensington Temple was originally a Congregational chapel called Horbury Chapel after Horbury in Yorkshire, the home town of its deacon in the 1850s, and this name was also given to Horbury Crescent and Horbury Mews.

Originally, the houses were numbered consecutively, starting from the Ladbroke Road end and running along the western side and then back along the eastern side (so the present 13 was No. 1), but in 1863 it was decided to change the numbering to the present arrangement.