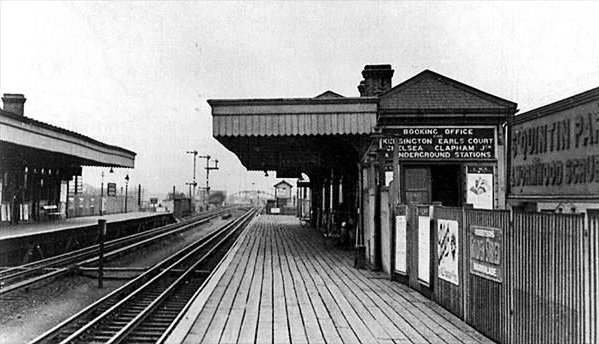 Because of this, a station was opened as Wormwood Scrubbs (with a double B in 'Scrubbs') on 1 August 1871. The station was built on an embankment, entirely of timber to avoid excessive weight, with the platform supported on brick pillars. It was renamed St Quintin Park & Wormwood Scrubbs on 1 August 1892 and was resited to the north side of North Pole Road on 1 November 1893.

Despite the early heavy passenger numbers use of the line dwindled with the construction of the deep-level underground network and the introduction of trams and motor buses which provided a quicker and more convenient route for commuters to reach central London. Local north-south passengers also deserted the line in favour of road transport.

The station was severely damaged by fire following an air raid on 3 October 1940 and never reopened.

The line through the station remained in service as an important freight link but most of the electric conductor rails between Kensington and Willesden were removed between 1946-1952.