Until after the first world war, the area north of Kensal Rise was still fields. 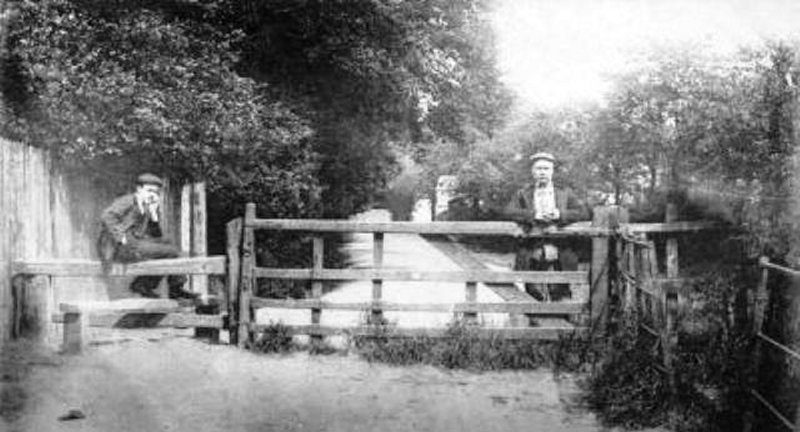 As the nineteenth century wore on, a railway which later became the North London Line pushes east-west across the fields and Kensal Rise (a made up name) station was built.

The footpath of Chamberlayne Road was upgraded to a suburban street as far as the station.

In 1890, the National Athletic Grounds were built just to the north of the station and Chamberlayne Road leapt over the railway to serve it.

The land hereabouts belonged to All Soulâs College and who were keen to exploit it. But, they like the rest of London were affected by a slump in property prices after 1904 and lasting until the First World War.

North of the railway they built Clifford Gardens in 1897, designed by Charles Langler and Charles Pinkham, the facades decorated with quaint and curious stucco scenes. (Note that the "1900" map was actually surveyed in 1896 as so does not show Clifford Gardens yet.

But Chamberlayne Road stopped here until the 1920s and reverted to the footpath, pictured.

The footpath at the top of Chamberlayne Road leading to Willesden.
User unknown/public domain