The Old Black Lion was established in 1751 as a beer house. 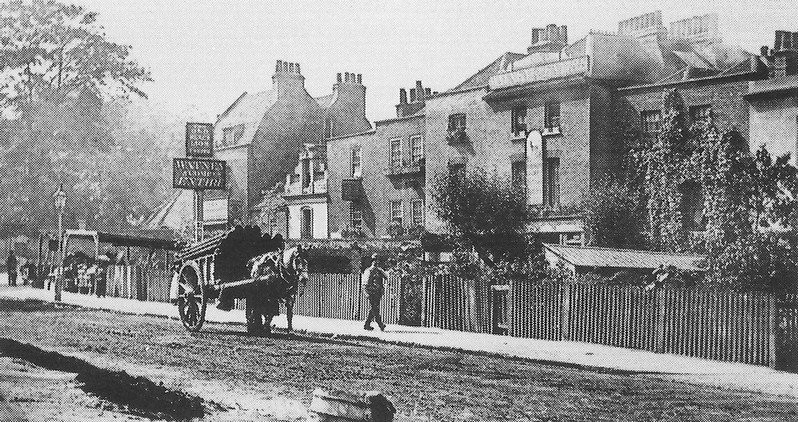 The Black Lion (early 1900s)
The village of West End had a beerhouse, the Old Black Lion, and surprisingly for such a small village, two pubs, The Black Horse established in 1751 and the Cock and Hoop.

Beerhouses differed from taverns in that they could on;y serve beer to their patrons.

The Black Lion was rebuilt in 1912 and outstayed both nearby rivals. The Black Horse fell out of the running in the 1860s with the Cock & Hoop closing in 1896.

As West Hampstead built up, newer rivals took their place. The Black Lion remains though.