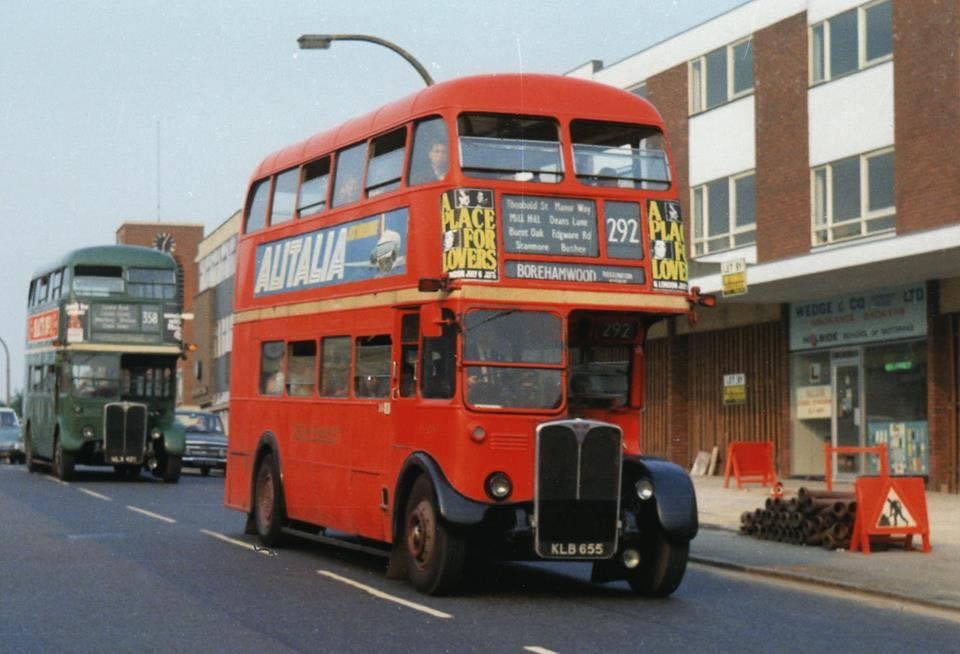 Facebook user Maureen Sullivan has worked out the following from the clues in the photo:

This photo was probably taken in August 1968 (the advertised film was released in July that year).

The green Route 358 in the background is the 12.53 departure from St Albans, running about 5 minutes late according to the clock on All Saints Church tower.

The 292 is for some reason displaying the Saturday only intermediate blind for Route 292A.

Buildings on the right are still being finished off, on the site of the old Baptist Church, once home to the 1st Borehamwood Scouts.