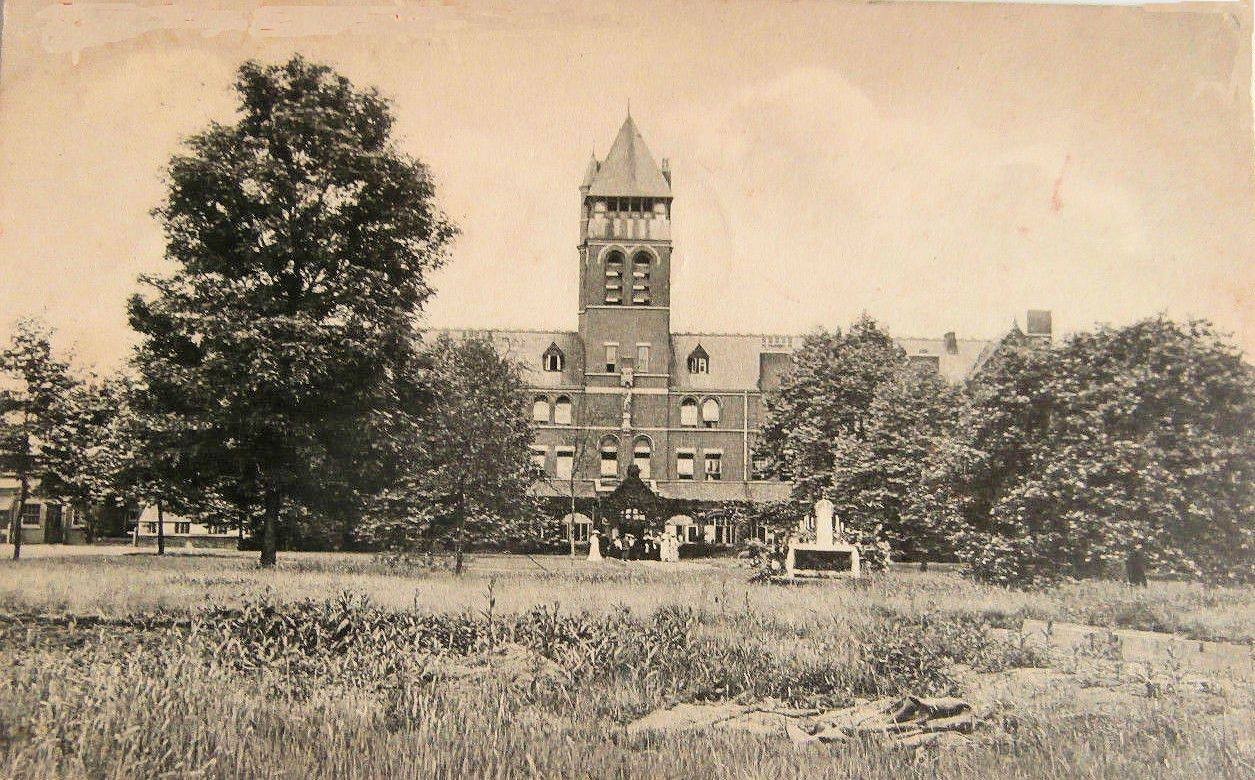 This photo was taken from the bottom of St Marks Park which was open land all the way to Highlever Rd at this point. Pangbourne Avenue where the Princess Louise Childrens hospital was (and is now the Argyll development) was not built until the 1920s.