This photo is of the parade opposite the Monk public house in Barnet. Probably circa 1900. 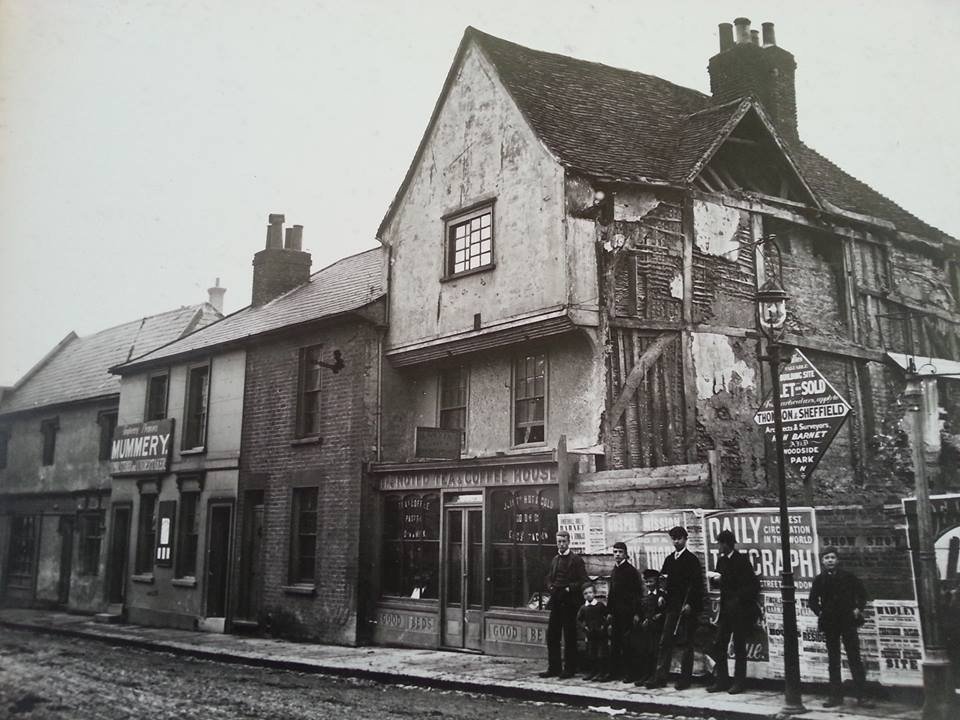 This photo is of the parade opposite the Monk public house in Barnet. Probably circa 1900.
This is the Monken Hadley end of Barnet High Street.

This photo is of the parade opposite the Monk public house in Barnet. Probably circa 1900.
User unknown/public domain
42' target='_top'>3>1.jpg' WIDTH=42' target='_top'>302 style='float:left; width=250px; margin-right:10px;'>Monken Hadley was the main site of the Battle of Barnet in 1471, one of the two principal engagements of the Wars of the Roses.

An ancient country village north of Barnet, it is now a suburban development situated on the very edge of Greater London 11 miles north north-west of Charing Cross, while retaining much of its rural character.

During the 1471 Battle of Barnet, troops advanced through the village, although the action took place north (Hadley Wood) and west (Hadley Green) of the settlement. Although the retreat of the forces of Lord William Hastings (at the hands of the Earl of Oxford) took place in the parish of Barnet, all of the other key engagements were within Monken Hadley parish, including the historically significant death of Richard Neville, 16th Earl of Warwick, believed to be at the place where a monument now stands on the Great North Road.

The parish church of St Mary the Virgin was built in its present form in 1494 (the date being carved in stone over the west door) although a church is believed to have stood on the site for over 800 years. The present building is in the perpendicular style, and includes two side chapels (in transepts) dedicated to St Anne and St Catherine. The building was heavily renovated in Victorian times, and contains large quantities of Victorian woodwork furniture. The parish and church were heavily influenced by the Oxford Movement and it remains a focus of eucharistic worship within the surrounding district.