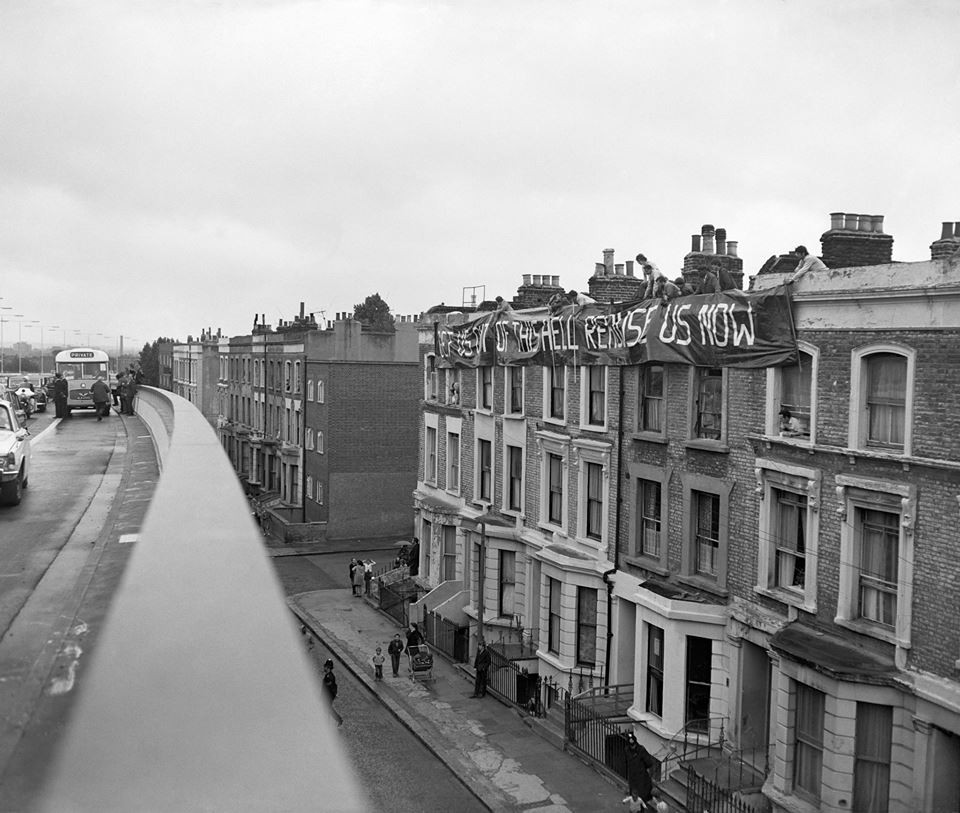 Flats in the Acklam Road section of the Western Avenue Extension are decorated with banners put up by residents, protesting against the new road, on the day of the opening ceremony at Paddington Green. The 2.5 mile long
User unknown/public domain