Leeming Road is a shopping area in the north of Borehamwood. 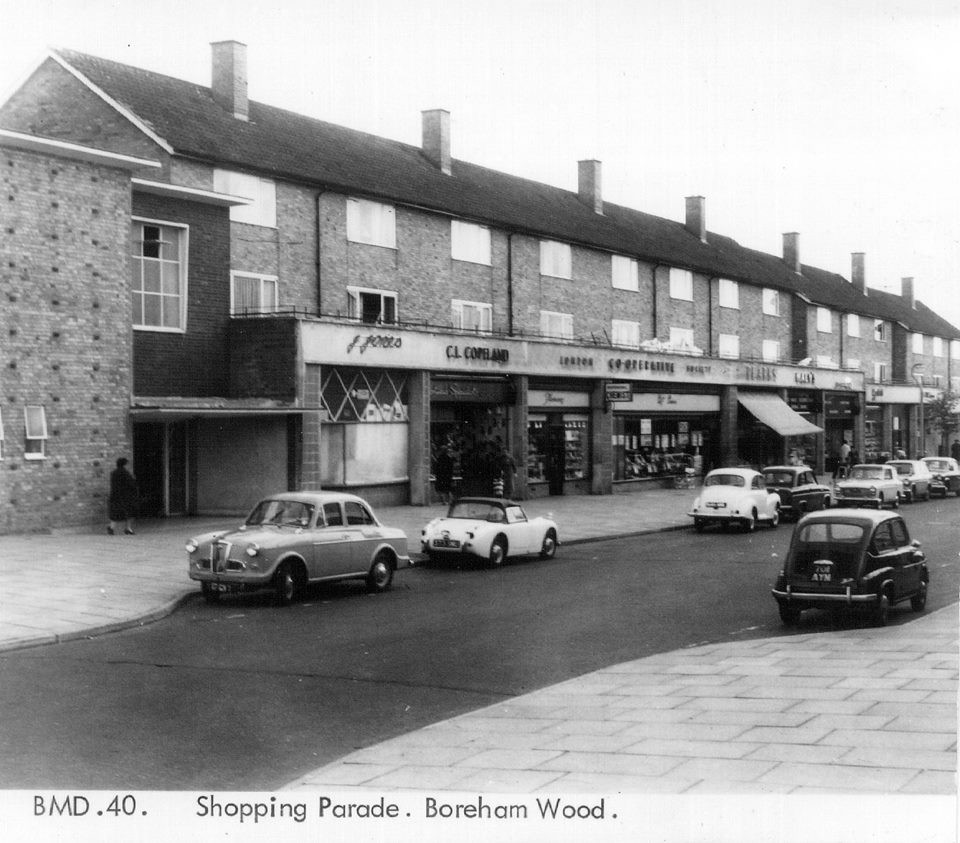 Apart from the main shopping street of Shenley Road, two minor retail centres were designed in the 1950s - Manor Way in the south and Leeming Road in the north of the new estate.

Leeming Road had a full set of different shops to serve the area - from supermarkets to a dentist and a pub - The Green Dragon.

These shops originally had peppercorn rents (low rents to encourage people to start businesses) and older residents will remember the days of GL Radio when Elvis Presley and Jailhouse Rock blasted out from the external speakers. Alas it was short lived and complaints from local residents called an untimely end to the youthful fun.