68 Shenley Road was a shop on the corner of Furzehill Road - now disappeared. 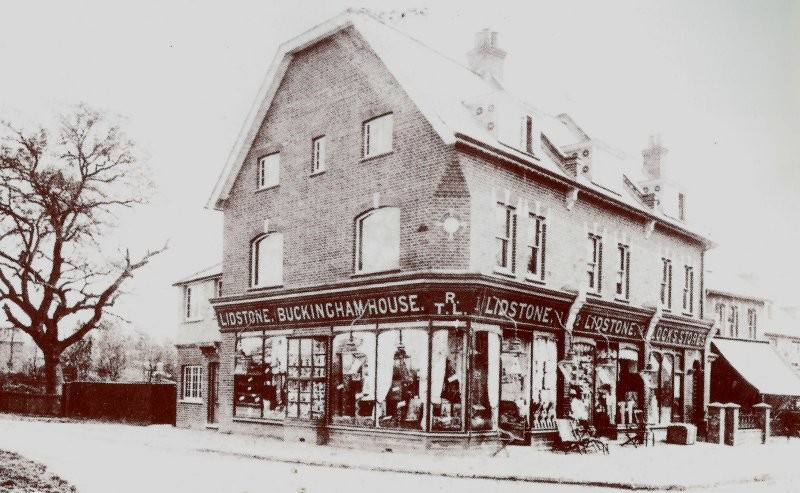 Richard Lidstone draper’s shop on the corner of Shenley Road and Fuzehill Road (early 1900s)
Later split into three separate shops, Buckingham House covered the present addresses 60-62 Shenley Road and the now demolished number 64. Buckingham House was the name that Richard Lidstone, a drapers, called his new shop which occupied the plot and went up soon after the turn of the twentieth century.

After the Second World War, George Lilley’s was occupying the corner plot of 64 Shenley Road - 62 and 60 had split off into other premises. Lilley’s was an electrical shop which by the 1950s was selling and repairing televisions.

In 1958, the entire block of buildings along Shenley Road between Furzehill Road and Drayton Road was demolished and replaced.

Lilleys was on the corner of Furzehill then Kilbys grocers shop, Co op shoe shop then some cottages, Misses Byers sweet shop with the big tree in front amongst the cottages, Hunts Butchers shop and then Drayton Road.