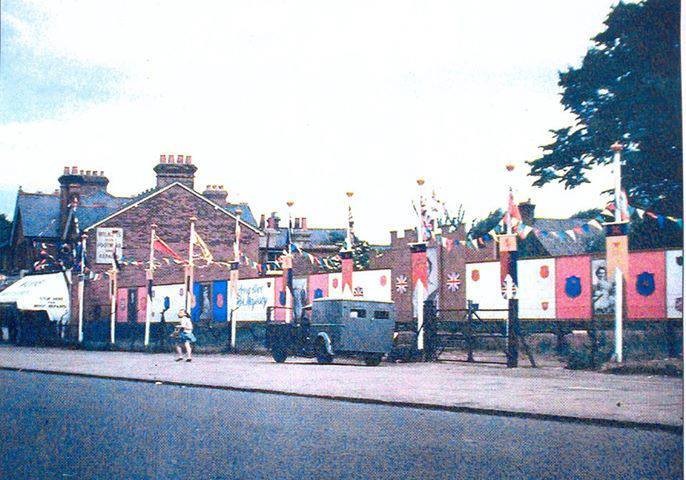 The Orchard
During the 1950s, many of the houses between Drayton Road and Station Road were demolished to make way for a new block of shops. However, plans did not progress quickly and the area became overgrown and gained the name "The Orchard".

This photo depicts the area during the coronation celebrations of 1953.