Thrift Farm was a farm in Boreham Wood. 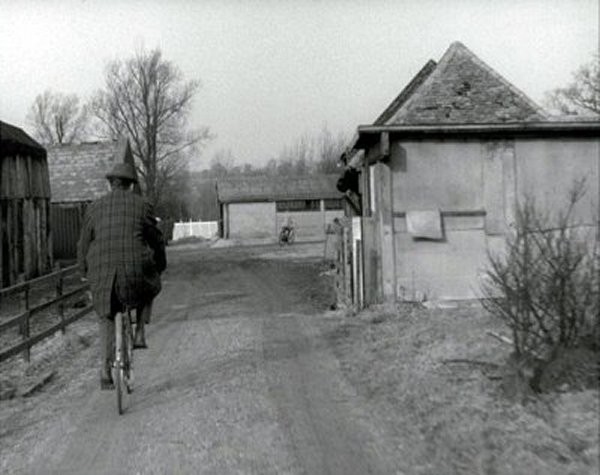 Still from the TV series "The Avengers" taken as one of the protaganists cycles towards Thrift Farm Lane from Thrift Farm
Credit: ATV Studios
In 1922 a P. J. Hambrook was farming Thrift Farm.

Thrift Farm was purchased by MGM in the late 1940s when they incorporated it into their backlot. The farm continued to be used but closed in 1970 when the studio closed and was subsequently demolished.