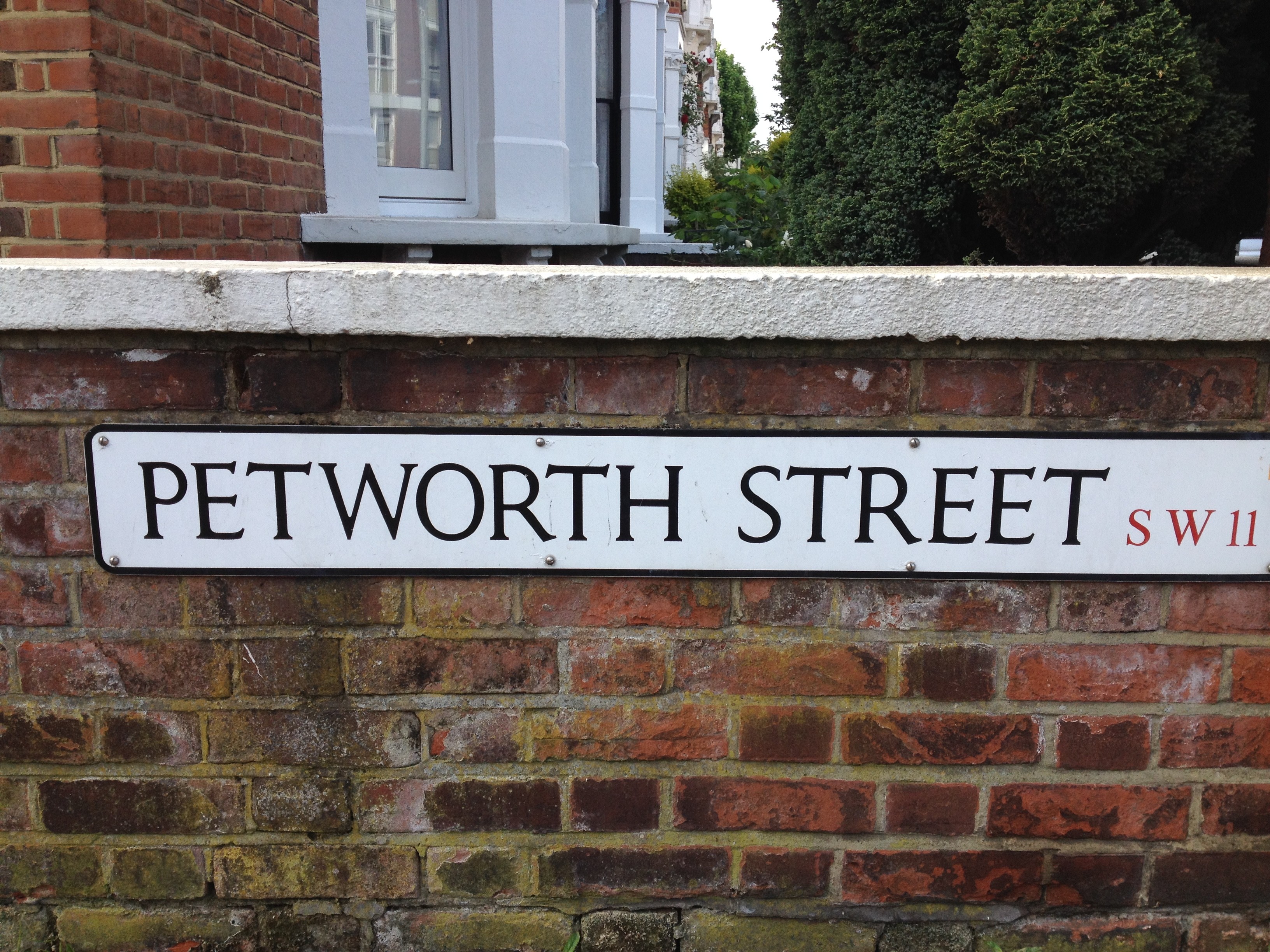 Petworth Street sign
In 1771 a bridge across the River Thames at Battersea had been built, but it was not until the construction of Chelsea Bridge in 1851-58 by Thomas Page and the opening of new railway lines, that development was galvanised south of the River Thames.

Meanwhile, by the middle of the nineteenth century, the marshy area known as the Battersea Fields had become an undesirable pleasure ground, where the Red House Tavern was notorious for illegal racing, drinking and gambling. Londonâs population was expanding rapidly, the industrial revolution was causing increasing pollution and epidemics and slums were the major concerns of the day. By this time, public parks were being recognised as the lungs of the city and part of the solution to overcrowding and illness.

In 1843 Thomas Cubitt and the Vicar of St. Maryâs Battersea, the Honourable Reverend Robert Eden proposed a large public park on Battersea Fields allocating 200 acres for a park and 100 acres for the building of villas. On 8 October 1845 an application was made to Parliament for a Bill to form a public park of 330 acres. The Act was passed in 1846 and Â£200,000 was promised for the purchase of the land. The responsibility for controlling the development of the land came under Her Majestyâs Commissioners of Works and Public Buildings (Office of Works). Sir James Pennethorne was at that time the architect to the Office of Works and the plans were therefore drawn up by him.

In 1873 Albert Bridge was designed and built by R. M. Ordish as a cable-stayed bridge but was modified by Sir Joseph Bazalgette between 1884-1887 who incorporated elements of a suspension bridge.

Land around the park remained undeveloped until the end of the nineteenth century. In 1845 Sir James Pennethorne drew up plans for the layout of the surrounding streets. The streets included Albert Bridge Road, which was constructed on the alignment of the pre-existing Surrey Lane; the re-alignment and re-naming of Prince of Wales Drive; and an ambitious new street: Victoria Road (now Queenstown
Road) linking Chelsea Bridge with Clapham Park.