Jubilee Crescent was built in 1935 by architect G R Unthank. 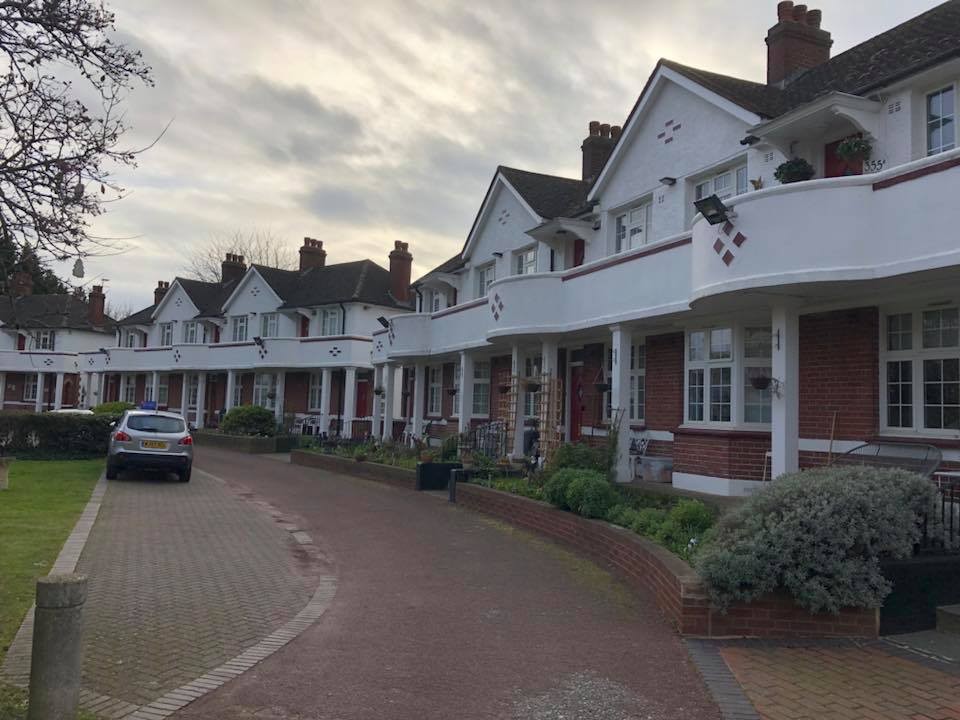 Local ship repairing firm, R. & H. Green & Silley Weir Ltd were based in Blackwall and were part of a long shipbuilding tradition. R. and H. Green Ltd was formed from the long-established Blackwall firm of Wigram and Green who were famous shipbuilders in the 19th century, however with the decline of Thames shipbuilding in the early 20th century, R. & H. Green became part of a ship repairing partnership called R. and H. Green and Silley Weir.

It was the chairman of the firm, John Silley, who was determined to provide homes for retired workers of the shipbuilding and repairing industries. John Silley was a committed Christian who contributed toward the YMCA and numerous other charities. Silley had already built some dwellings for his workers in Falmouth and chose the Isle of Dogs to build a series of dwellings.

Silley approached the Port of London Authority and persuaded them to give him 1.5 acres on the edge of the Mudchute in exchange for some land owned by his firm at Beckton. The firm then provided the money to build the flats and then handed them over to a trust â the Shipworkers Jubilee Housing Trust â which initially let the dwellings at 2s 6d per week. The scheme received a State housing subsidy, and Poplar Borough Council co-operated by charging a special inclusive figure for the costs of rates (at a nominal assessment of Â£3 per house), electric light, and water rates, so that these could be covered by the rent.

The crescent got its name because it was built-in the year of the Silver Jubilee of King George and Queen Mary. There are two reliefs of the King and Queen on the front of two houses in the crescent.

Cubitt Town lies on the eastern side of the Isle of Dogs. William Cubitt was responsible for the early housing which accommodated the growing population of dockworkers and shipbuilders.

Along with the housing, Cubitt also created many local businesses.

During the 1960s and 1970s, high-rise estates began to be built and during the 1990s and afterwards, the Canary Wharf complex attracted a different mix of people.