This is a street in the SW11 postcode area 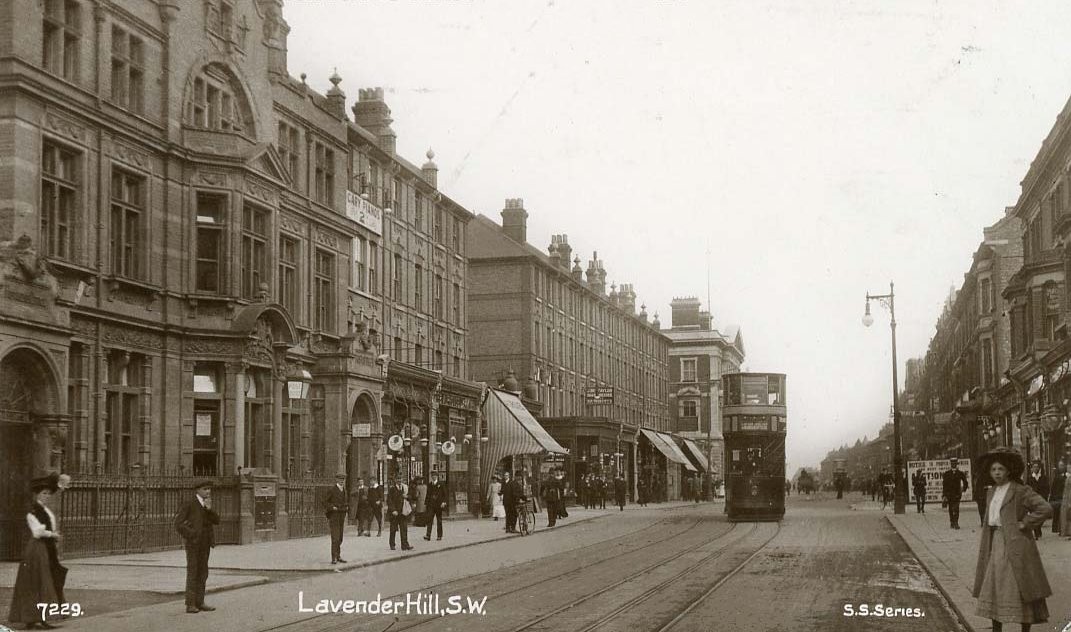 Lavender Hill is an area based around a hill near Clapham Junction in South London.

The geographical feature is named Lavender Hill due to the commercial cultivation of lavender there in the pre-industrial era. Several other smaller streets including Lavender Gardens and Lavender Sweep (Lavender Gardens was the former home of Sarah, Duchess of York where she lived in a flat before her marriage) also bear the reference and can be seen on 18th century maps as being largely farmland, with the earliest reference to the still-existing Falcon public house at the west end of the street in 1767.

The opening of Clapham Junction railway station in 1863 led to rapid residential and commercial development along the street and by 1885 it was such a busy commercial district that Arding and Hobbs (now Debenhams), the largest department store south of the River Thames, was built. The street also features the imposing Church of the Ascension, built in 1883 to cater to the growing population of the neighbouring Shaftesbury Estate, as well as a Welsh Methodist chapel (on Beauchamp Road) reflecting what was once a significant Welsh population.

The street is known in popular culture thanks to the Ealing comedy The Lavender Hill Mob (so-named because the lead character lived in a seedy boarding house on the street). It is also featured with a chapter of its own in the historical novel London by Edward Rutherfurd, with descriptions of it in the 18th century from the pre-industrial era. English group The Kinks made a song entitled Lavender Hill, which appeared on several collections of material not from albums including The Great Lost Kinks Album.

Lavender Hill has featured as a site location for many British TV shows, including ’On The Buses’ and ’The Sweeney’, in the 1970s.

Lavender Hill is now principally a shopping street along much of its length, starting from the landmark Arding and Hobbs building (now part of Debenhams), a number of specialist food and music outlets, a large supermarket, many estate agents. There is a larger concentration of restaurants and bars along the flatter section atop the hill, where Lavender Hill police station and the Battersea Arts Centre are to be found and towards the eastern end of the street.