A street within the RM12 postcode 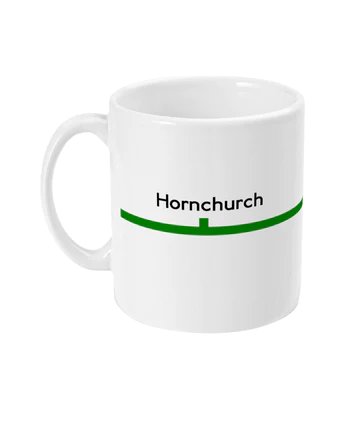 Hornchurch is a suburban area in the London Borough of Havering.

Historically it formed a large ancient parish in the county of Essex that became the manor and liberty of Havering.

The earliest recorded use was in 1222 as Hornechurch - âchurch with horn-like gablesâ. A horned bullâs head mounted on the eastern end of St Andrewâs Church dates from the 18th century.

During both world wars, nearby Hornchurch Airfield was an important RAF station, home to a number of Spitfire squadrons during the early 1940s. The land has since been reused for a large housing development.

Hornchurch station was originally opened in 1885 as part of the London, Tilbury and Southend Railway. The station was completely rebuilt in 1932 as an additional pair of platforms were constructed to serve the electric District Railway local service which was extended from Barking to Upminster. The Southend service was withdrawn from Hornchurch in 1962.

Hornchurch has formed part of Greater London since 1965.