Cranes Farm was a farm in Boreham Wood. 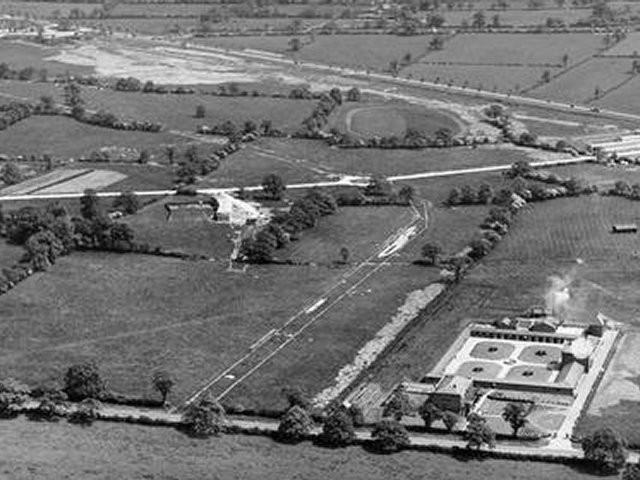 Cranes Farm lies towards the centre of this 1939 image. The Horses Home and Furzehill Road at the bottom with the chalk outline of the future Ashley Drive clearly visible.
Credit: Aerofilms
Cranes Farm was situated just behind the modern location of the Bull and Tiger pub (a.k.a. The Directorsâ Arms).

Cranes Way was laid out nearly on the line of the farm track.

The final tenant farmer of Cranes Farm, as compensation, was given one of the new houses Laings built in Manor Way at a low-rate, long-term fixed rent.

Cranes Farm lies towards the centre of this 1939 image. The Horses Home and Furzehill Road at the bottom with the chalk outline of the future Ashley Drive clearly visible.
Aerofilms