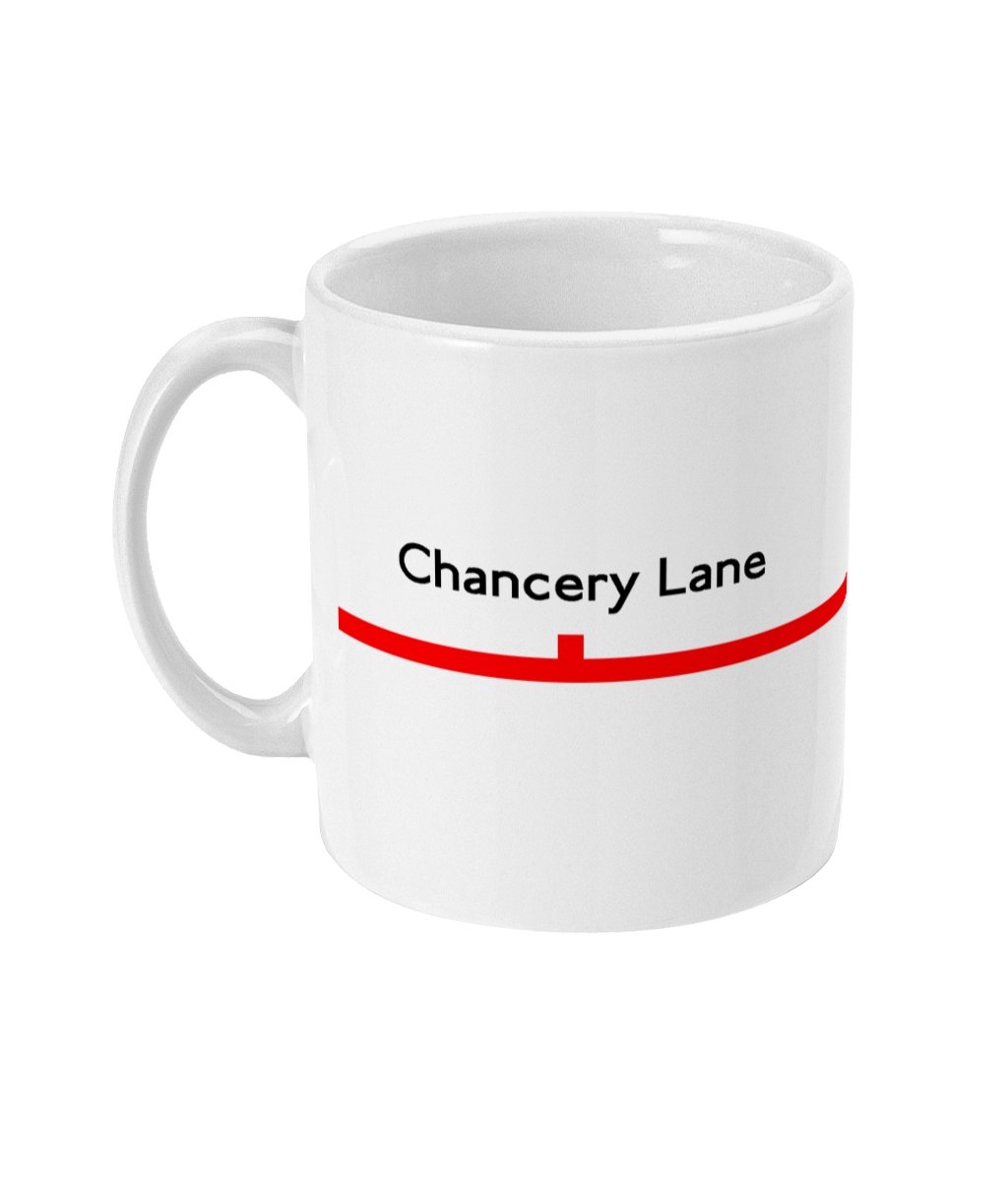 Chancery Lane originated as a 'new lane' created by the Knights Templar from their original 'old Temple' on the site of the present Southampton Buildings on Holborn, in order access to their newly acquired property to the south of Fleet Street (the present Temple) sometime before 1161.

Historically, the street was associated with the legal profession, an association which continues to the present day; however, consulting firms, ancillary businesses and the Maughan Library also occupy the street. Lincoln's Inn occupies most of the western side north of Carey Street.

The principal building of the Law Society, the professional body for solicitors in England and Wales, is at No. 113. Ede and Ravenscroft, the oldest tailors in London, have their main (and historic) outlet and offices at No. 93, which is also their outlet for legal dress. The London Silver Vaults are located at the northern end of Chancery Lane.

Note that the marker shows the location of the tube station rather than the street.

The station was opened by the Central London Railway (CLR) on 30 July 1900. The original, disused station building is on the north side of High Holborn at nos. 31â33, approximately 400 feet to the west, closer to High Holborn's junction with Chancery Lane. Originally, provided with four lifts between ground and platform levels, the station was rebuilt in the early 1930s to operate with escalators. It was not possible to construct the inclined escalator shaft between the platforms and the existing entrance and so a new sub-surface ticket hall was constructed below the road junction. The old entrance building became redundant and, in recognition of the location of the new entrance, the station was renamed Chancery Lane (Gray's Inn), although the suffix subsequently fell out of use.

It is one of eight London Underground stations which has a deep-level air-raid shelter underneath it. After World War II this was turned into Kingsway telephone exchange. Access to the shelter was via the original station building and lift shaft as well as subsidiary entrances in Furnival Street and Took's Court.