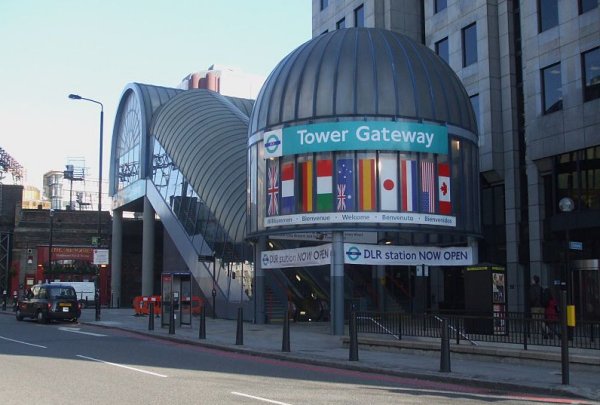 The underground extension to Bank, which opened in 1991, diverges from the original route between Tower Gateway and Shadwell, the next station to the east. It dives down a steep ramp not far from the eastern end of the platforms, from which it is clearly visible. Tower Gateway is the terminus for the less busy service to Beckton. Journeys to other branches of the DLR normally require a change.