The Vortex Jazz Club is a music venue, started by David Mossman in the 1980s.

The Vortex began as a jazz club in 1987 and was located in Stoke Newington Church Street. After the acquisition of that building by property developers, the club was moved in 2005 to the Dalston Culture House in Gillett Street. It opened on 10 November 2006 with a performance by Andy Sheppard’s Saxophone Massive, a band of 200 saxophonists. The street in front of the club was renamed ’Aim Bailey Place’ in December 2007 in honor of guitarist Derek Bailey. 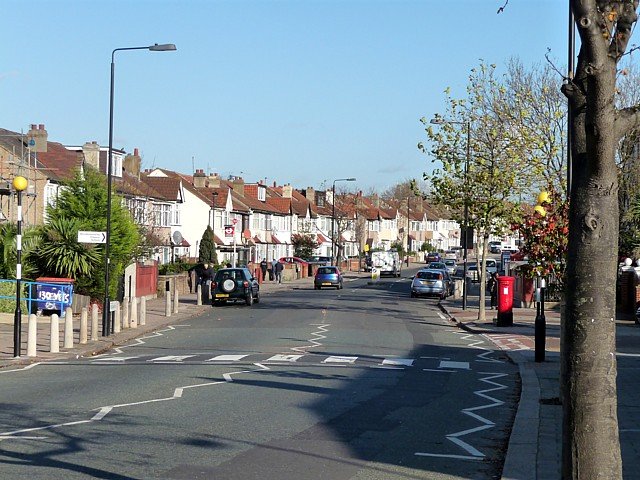 The development of Streatham Vale dates from the 1920s.

Although the Greyhound Inn was established around 1730, the area was rural until the early twentieth century.

Around 1930 schools opened on Streatham Vale, the Greyhound Inn was rebuilt and the River Graveney was culverted to prevent flooding.