A street within the SE10 postcode 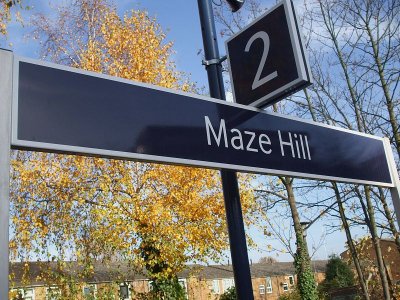 Maze Hill is an area near to Greenwich and Blackheath, in south-east London, lying to the east of Greenwich Park, and west of the Westcombe Park area of Blackheath.

It is part of the Royal Borough of Greenwich, and takes its name from the main thoroughfare, Maze Hill.

The architect Sir John Vanbrugh lived on Maze Hill in a house of his own design, overlooking the park. Royal Ordnance Factories F.C. once played here.

Its railway station opened in 1873 and for five years functioned as a terminus on a line linked to the North Kent Line just west of Charlton.