Saxham Road was the first road built on the Movers Lane Housing Estate. 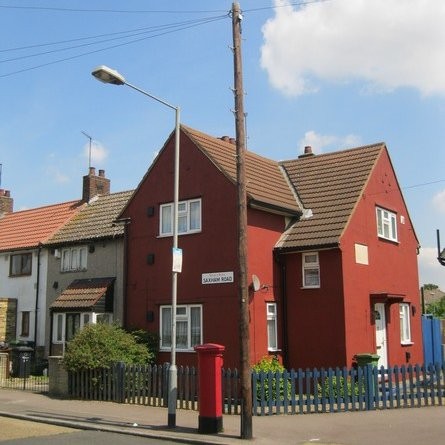 House in Saxham Road, the gable end showing the stone laid by the Mayor of Barking in 1933.
Credit: Barking Historical Society
The foundation stone for the Movers Lane Housing Estate, municipal housing which was built by Barking Council, was laid in Saxham Road on 6 Decmber 1933 by the Mayor, A. Edwards.

The estate was intended to provide 265 houses for approximately 1378 persons, according to the Council at the time. This first section, consisting of 106 houses and eight flat built at a cost of Â£35 706, was intended to provide accommodation for the occupants of Back Lane, Church Path, Bridge Street and Abbey Road areas. The mayor hoped "that the houses would be proceeded with rapidly, and that at an early date they would have the pleasure of transferring to the new houses tenants from the slum dwellings".

The Mayor gave a speech that day. He had asked the Borough Engineer, R.A. Lay, to see how many bricks Barking was responsible for laying in connection with the municipal houses since he came to the area in 1899, the year of the first housing scheme. Between 1899 and 1908, the number of bricks was 4 044 275. Since 1908, when Mr Edwards became a member of the Council, the number of bricks laid was 31 316 975, making a total of 35 361 250. The number of the brick he would lay in Saxham Road was therefore 35 361 251. He calculated that, if placed end to end, the bricks would reach about 5000 miles. The Mayor then laid the brick, and pencilled it with the number he had mentioned. Alderman J.W. Garland proposed a vote of thanks to the Mayor for performing the ceremony, and amid considerable merriment handed him 1s. 7d for his hourâs work, with his time sheet.

The contractors for the first phase of the housing estate were Thomas Bates and Son, Ltd. of Coventry.

House in Saxham Road, the gable end showing the stone laid by the Mayor of Barking in 1933.
Barking Historical Society 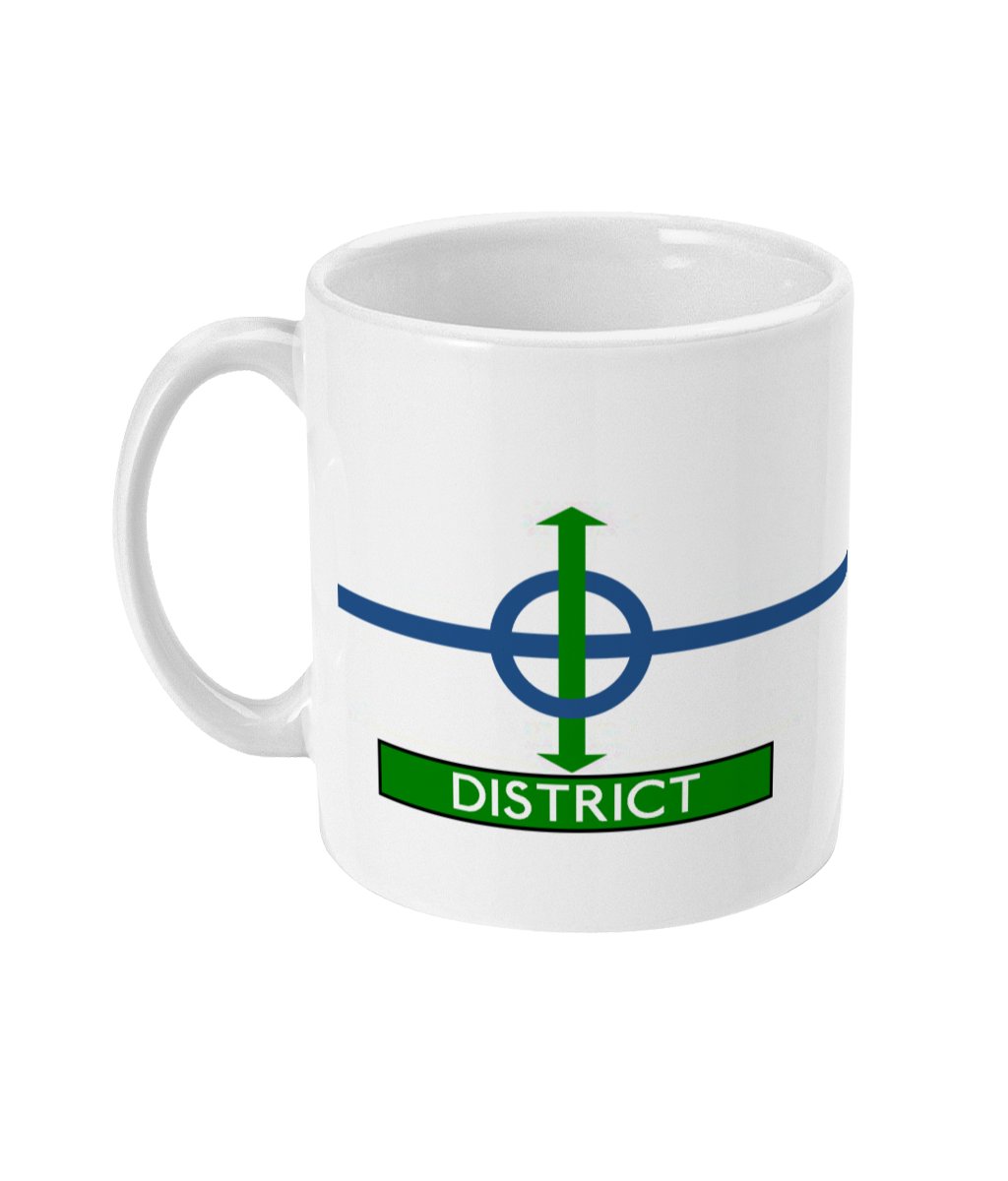 Historically an ancient parish in Essex, Barkingâs economic history is characterised by a shift from fishing and farming to market gardening and industrial development.

In AD 735 the town was âBerecingumâ and was known to mean "dwellers among the birch trees". By AD 1086, it had become âBerchingaeâ as evidenced by the townâs entry in the Domesday Book.

The manor of Barking was the site of Barking Abbey, a nunnery founded in 666 by Eorcenwald, Bishop of London, destroyed by the Danes and reconstructed in 970 by King Edgar. The celebrated writer Marie de France may have been abbess of the nunnery in the late 12th century. At the Dissolution of the Monasteries in 1536, Barking Abbey was demolished; the parish church of St Margaret, some walling and foundations are all that remain.

A charter issued between 1175 and 1179 confirms the ancient market right. The market declined in the 18th century but has since been revived.

Fishing was the most important industry from the 14th century until the mid-19th. Salt water fishing began before 1320, when too fine nets were seized by City authorities, but expanded greatly from the 16th century. Fisher Street was named after the fishing community there. From about 1775 welled and dry smacks were used, mostly as cod boats, and rigged as gaff cutters. Fishermen sailed as far as Iceland in the summer. They served Billingsgate Fish Market in the City of London, and moored in Barking Pool.

The opening of rail links between the North Sea ports and London meant it was quicker to transport fish by train straight to the capital rather than waiting for ships to take the longer route down the east coast and up the River Thames. By the 1850s the Thames was so severely polluted that fish kept in chests quickly died. Consequently, the fishery slipped into decline in the second half of the nineteenth century.

As part of the suburban growth of London in the 20th century, Barking significantly expanded and increased in population, primarily due to the development of the London County Council estate at Becontree in the 1920s, and became a municipal borough in 1931, and part of Greater London in 1965.

Barking station was opened on 13 April 1854 by the London Tilbury and Southend Railway (LTSR) on their new line to Tilbury, which split from the Eastern Counties Railway (ECR) at Forest Gate. A shorter route from London between Little Ilford and Gas Factory Junction in Bow, and avoiding the ECR, opened in April 1858. A "Pitsea direct" branch was completed in June 1888 giving more direct access to Southend-on-Sea via Upminster, and avoiding Tilbury. The station was rebuilt in 1889. In 1894 the Tottenham and Hampstead Junction Railway was extended by means of the Tottenham and Forest Gate Railway to join the 1854 line from Forest Gate to Tilbury.

District line services initially operated over the tracks of the LTSR from 1902. In 1905 a pair of tracks was electrified as far as East Ham and the service was cut back there. It was extended back to Barking in 1908 and eastwards to Upminster, over a new set of tracks, from 1932. Hammersmith and City line, then known as the Metropolitan line, service began in 1936.