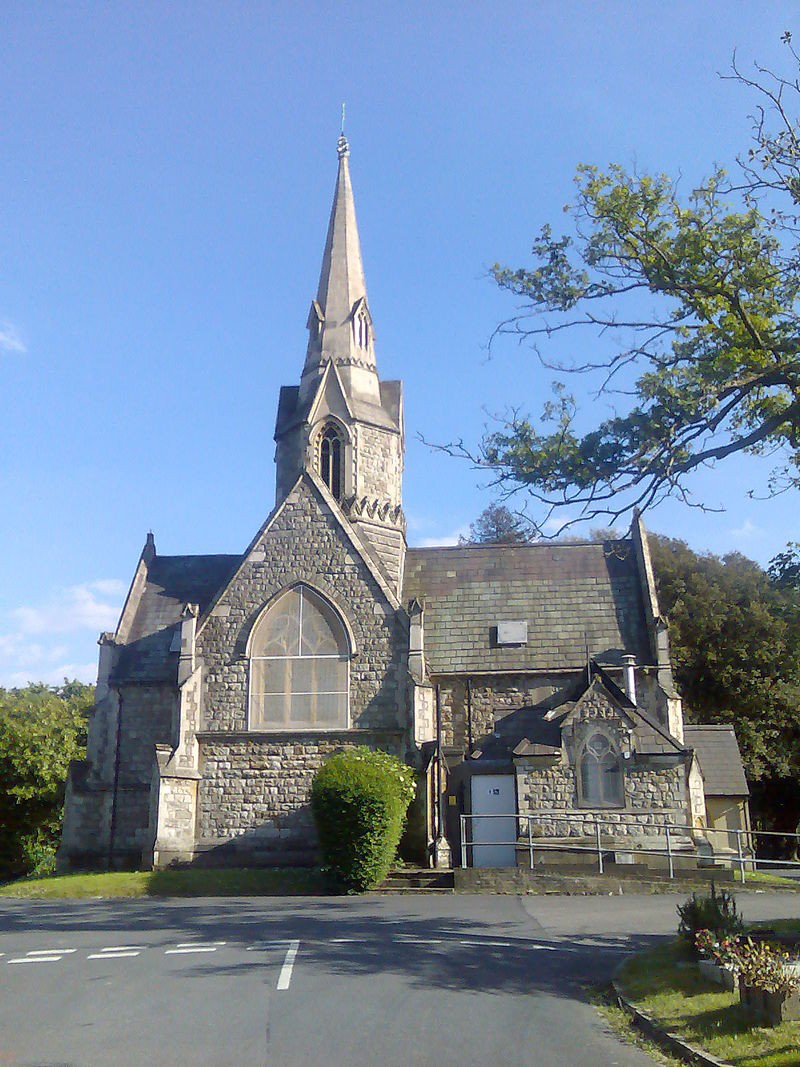 Islington Chapel, St Pancras and Islington Cemetery
Credit: Mark Kobayashi-Hillary
Following the Metropolitan Burials Act 1852 and later acts which were designed to alleviate serious health and other problems caused by over-crowded burial grounds and lack of management and accountability, the cemetery was established in 1854 as the first municipally owned cemetery in London when the St Pancras Burial Board bought 88 acres of the former Horseshoe Farm on Finchley Common. A further 94 acres were annexed in 1877 and the total area was divided between Islington and Camden, the former having two areas to the north-west and east, the latter having the remainder. A bank and ditch along the eastern edge marks the parish boundary between Finchley and Hornsey. To the south the cemetery is bordered by the ancient woodland of Coldfall Wood, to the north the North Circular road and to the west by the A1000 Great North Road. The cemetery features several chapels and a large crematorium built by Albert Freeman in 1937.

Although Brookwood Cemetery in Woking, Surrey, is the country’s biggest cemetery by area with over 2000 acres, the St Pancras and Islington Cemetery in North London accommodates over three times the number interred at Brookwood and more than any other cemetery in the UK. Two conjoined cemeteries, St Pancras and Islington, form the third largest single cemetery serving London after Brookwood Cemetery and City of London Cemetery and Crematorium and in burial numbers, the largest in the UK with around one million interments and cremations.

St Pancras Cemetery has a war graves plot containing over 100 graves from both world wars, together with a number of headstones retrieved from graves that were scattered elsewhere in the cemetery and could not be maintained. A memorial bears the names of 27 casualties whose graves could not be marked individually, and of six First World War casualties buried in adjacent Islington Cemetery who could not be commemorated there. In total 299 First World War Commonwealth service casualties - including one unidentified Royal Navy sailor - and 207 Second World War casualties are commemorated or buried here. John Ross who gained the Victoria Cross is also buried here.

Islington Cemetery contains the graves of 334 Commonwealth service personnel of the First and 265 of the Second World War, which are all scattered throughout the cemetery. A Screen Wall memorial in the western part of the cemetery lists names of those buried here whose graves could not be individually marked by headstones, together with those of two servicemen of the Second World War who were cremated at Islington Crematorium. Six soldiers buried in this cemetery whose graves could not be located are alternatively commemorated on stones in St Pancras Cemetery. 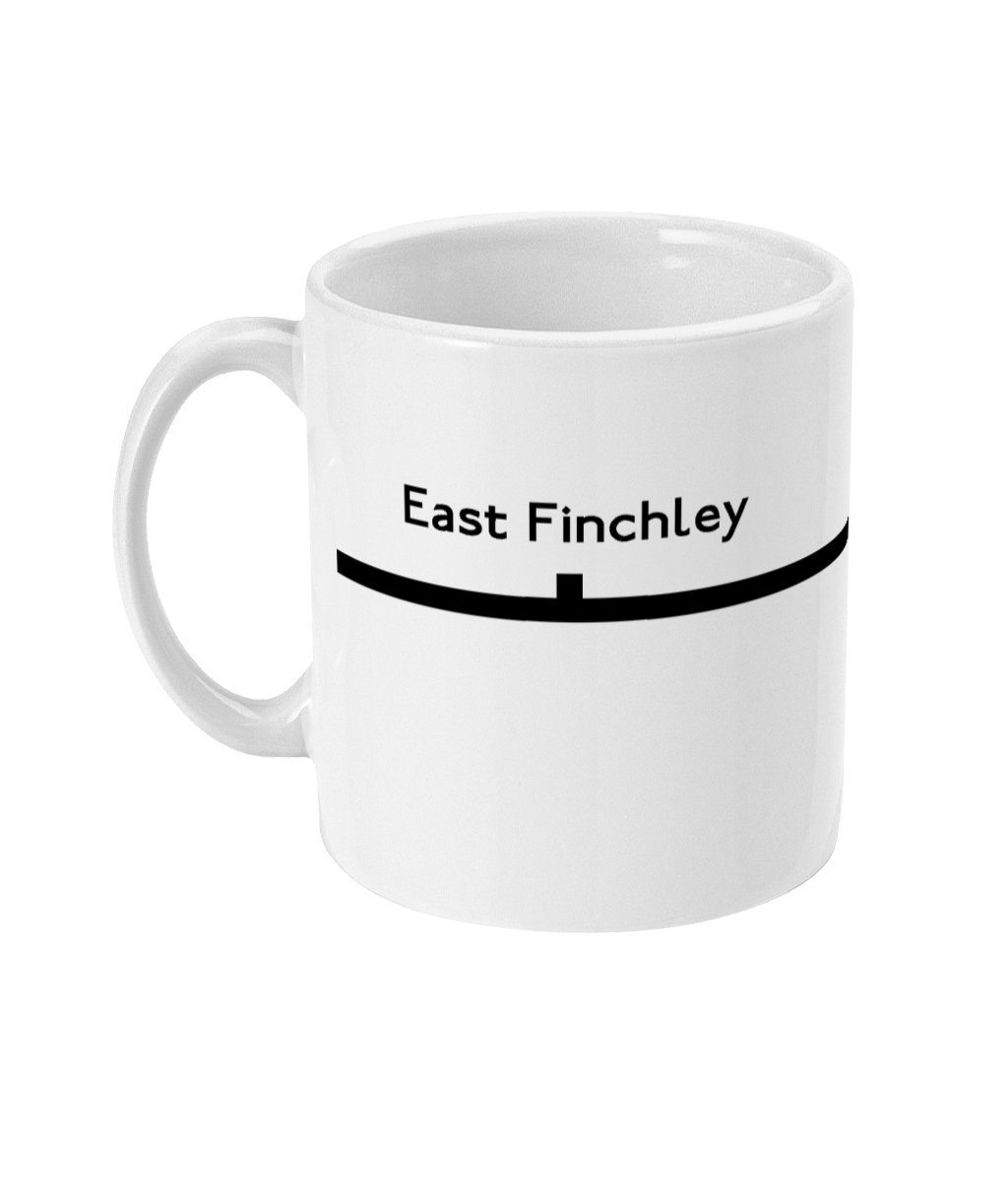 East Finchley is a place in the London Borough of Barnet.

It is suburban development situated 5.4 miles (8.7 km) north north-west of Charing Cross. Geographically it is somewhat separated from the rest of Finchley, with North Finchley (and indeed West Finchley) to the north, and Finchley Central and Finchley Church End to the west.


The land on which East Finchley now stands was once part of the Bishop of London’s hunting ground. More recently, it was home to some grand ’country’ estates of wealthy Londoners, from which several roads take their names (e.g. Summerlee Avenue, Park Hall Road).

At one time East Finchley was referred to as the "East End" but this name faded away and now only refers to the more famous "East End of London" to the east of Central London.

East Finchley Underground Station on the Northern Line is actually above ground.

It is topped by a famous statue of an archer, created in the Art Deco style, and pointing his arrow towards the other end of the tunnel which starts south of the station and runs all the way to the end of the Northern Line at Morden. This 27.8 km long tunnel was for many years the longest in the world. There was originally an arrow at Morden Station to match the archer at East Finchley, but this was stolen not long after the station was opened.

East Finchley station is the closest station to the northern Northern Line depot at Highgate, and as such is one of the bases for Northern Line train drivers and administrative staff.

East Finchley is home to the UK headquarters of McDonalds, which is located next to the station. Plans to open a McDonalds restaurant in East Finchley were resisted by locals, although the High Road is now home to several continental-style cafes in addition to two supermarkets and dozens of other convenience shops.

There are several public houses in East Finchley, including The Bald Faced Stag, an historic inn on one of the main routes into London.

The independent Phoenix Cinema is located on the high road.

Housing in East Finchley is diverse in its nature, encompassing most housing styles, from 19th Century terraced housing and 1960s council estates (with inappropriately appealing names, for example The Grange, Strawberry Vale, the Thomas More Estate, etc.) to multi-million pound mansions on The Bishop’s Avenue. The three 11-storey tower blocks near to the centre of East Finchley are visible for miles around.

East Finchley has several state primary schools, including Martin Infant and Junior Schools, and Holy Trinity Primary School. There are two secondary schools in East Finchley itself - Bishop Douglass RC High School (Roman Catholic and mixed) and Christ’s College (boys only up to Year 11, mixed sixth form). Many local children attend schools elsewhere in the London Borough of Barnet, or for those living in the direction of Muswell Hill to the east of the High Road, Fortismere School (mixed comprehensive, falls under the London Borough of Haringey Local Education Authority). Local children also attend private schools as far away as Hertfordshire, generally meeting with other children in Hampstead Garden Suburb to ride private coaches to different schools.