A street within the HA0 postcode 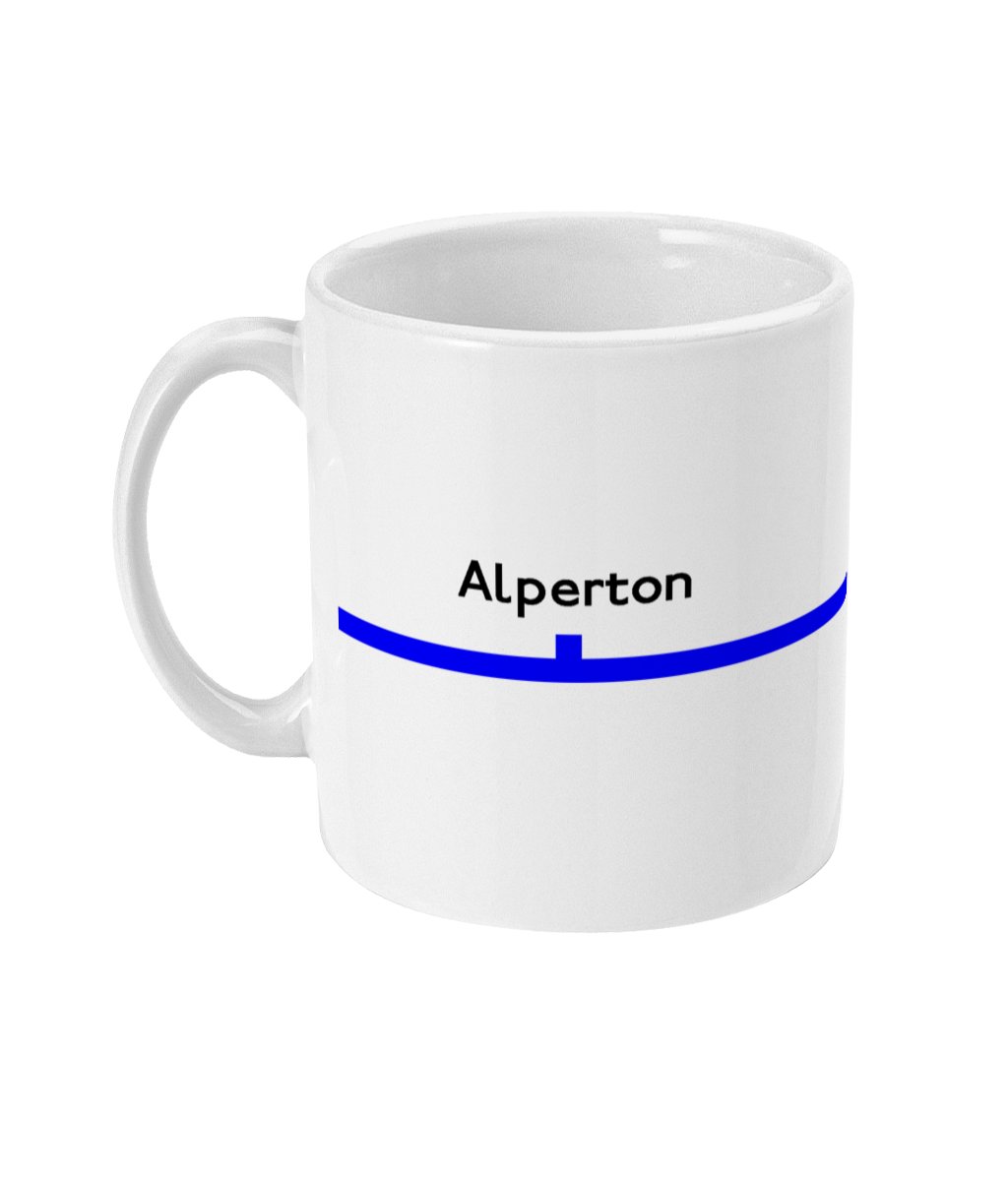 Until the coming of the Underground railway, Alperton was a tiny hamlet.

The name Alperton means "farmstead or estate associated with a man named Ealhbeorht", deriving from an Anglo-Saxon personal name and tun, meaning farmstead or village in Old English.

Perivale Alperton was opened on 28 June 1903 by the District Railway (DR, now the District line) on its new extension to South Harrow on electrified tracks from Park Royal & Twyford Abbey. Park Royal & Twyford Abbey had itself opened five days earlier. This new extension was, together with the existing tracks back to Acton Town, the first section of the Undergroundâs surface lines to be electrified and operate electric instead of steam trains. The deep-level tube lines open at that time (City & South London Railway, Waterloo & City Railway and Central London Railway) had been electrically powered from the start.

The station was subsequently renamed Alperton on 7 October 1910.

The original station building was a modest timber framed structure built in 1910. In 1930 and 1931, this was demolished and replaced by a new station in preparation for the handover of the branch from the District line to the Piccadilly line. The new station was designed by Charles Holden in a modern European style using brick, reinforced concrete and glass. Like other stations such as Sudbury Town and Sudbury Hill to the north and others that Holden designed elsewhere, and also for the east and west Piccadilly line extensions such as Acton Town and Oakwood, Alperton station features a tall block-like ticket hall rising above a low horizontal structure that contains station offices and shops. The brick walls of the ticket hall are punctuated with panels of clerestory windows and the structure is capped with a flat concrete slab roof.

Alperton formerly shared with Greenford (on the Central line) the distinction of being one of the only two stations to have an escalator going up to the platforms. The escalator served the eastbound platform and had originally been used at the South Bank exhibition of the Festival of Britain. Now out of use, the escalator remains in place behind a wall.

The towpath of the Grand Union Canal in Alperton has been used for various scenes in the BBC TV soap EastEnders. It was first used in an episode which aired on 3 October 1985, when the character Den Watts (played by Leslie Grantham) meets with Michelle Fowler (played by Susan Tully) and it is revealed Den is the father of Michelleâs baby. It was used again on numerous occasions, most famously on 23 February 1989, when Den Watts was shot before falling into the canal and supposedly dying. Den returned to the canal with daughter Sharon Watts on 3 October 2003, when he returned to Albert Square alive.