A street within the HA4 postcode 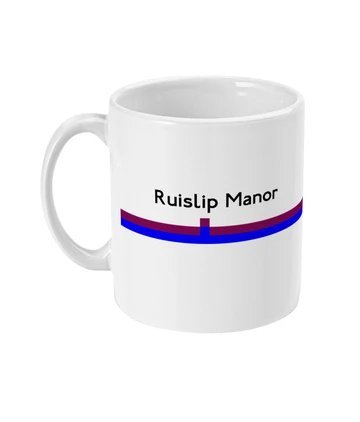 The construction of a halt on the Metropolitan Railway in the area in 1912 led to the development of Ruislip Manor, on what was rural land.

A developer called George Ball purchased 186 acres to the south of the railway line from the owners, King's College, with construction of a new estate taking place between 1933 and 1939.

Ball hoped the new housing would be available to the working man who wished to purchase his own home. The original plan under the Manor Homes name had been for 2,322 homes which Ball agreed would not number more than 14 per acre.

The total number of houses was gradually reduced by 50 in 1934, then a further 35 in 1935, to allow the inclusion of Lady Bankes Primary School, St. Paul's Church and the Black Bull public house.

The Metropolitan Railway (Harrow and Uxbridge Railway) had constructed the line through Ruislip Manor between Harrow on the Hill and Uxbridge and commenced services in 1904 with, initially, the only intermediate stop being at Ruislip. At first, services were operated by steam trains, but track electrification was completed in the subsequent months and electric trains began operating on 1 January 1905.

Progressive development in the west Middlesex area over the next two decades lead to the gradual opening of additional stations along the Uxbridge branch to encourage the growth of new residential areas. Ruislip Manor opened on 5 August 1912 as Ruislip Manor Halt.

The railway halt was later rebuilt as a station in 1938 and became Ruislip Manor tube station.