Watergate Street is an old Deptford street giving access to the river. 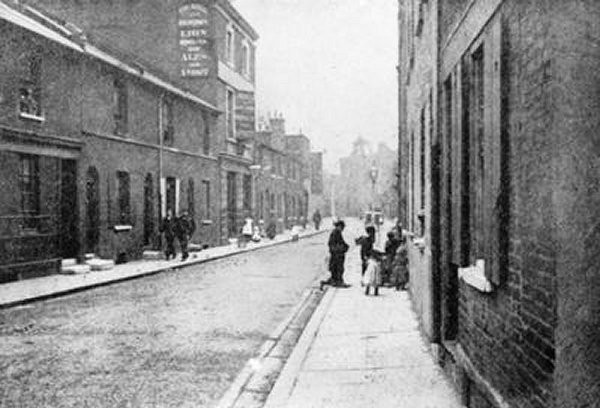 Many large houses were built in the street during the 17th and 18th centuries and lived in by those connected to the maritime trade.

By the twentieth century the street had became a slum and post-war, new housing was built. 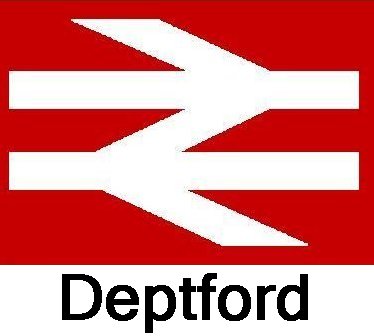 Deptford is named after a ford of the River Ravensbourne.

Deptford began as two small communities - one at the ford on the Ravensbourne with the other being a fishing village on the Thames (called West Greenwich).

During the reign of Henry VIII, it became home to Deptford Dockyard (the first of the Royal Dockyards) which lasted until the lat Victorian era. They were the main administrative centre of the Royal Navy. Deptford had a long royal connection and gave birth to the legend of Sir Walter Raleigh laying down his cape for Queen Elizabeth I. Captain James Cookâs third voyage aboard Resolution set out from here. Deptford became a major shipbuilding faciliry and attracted Peter the Great of Russia to arrive incognito to study shipbuilding.

The two Deptford communities grew together and flourished. The area declined as first the Royal Navy moved out, and then the commercial docks themselves declined until the last dock, Convoys Wharf, closed in 2000.

Opened in 1836, Deptford station is the oldest railway station in London and was situated on the first London railway - the London and Greenwich Railway which opened its first section between Spa Road, Bermondsey and Deptford on 8 February 1836. The line was extended westwards to the new London Bridge Station on 14 December 1836 and eastwards to Greenwich on 24 December 1838.