Boxmoor Street was also known as Henry Place and Beaumont Street during its brief life. 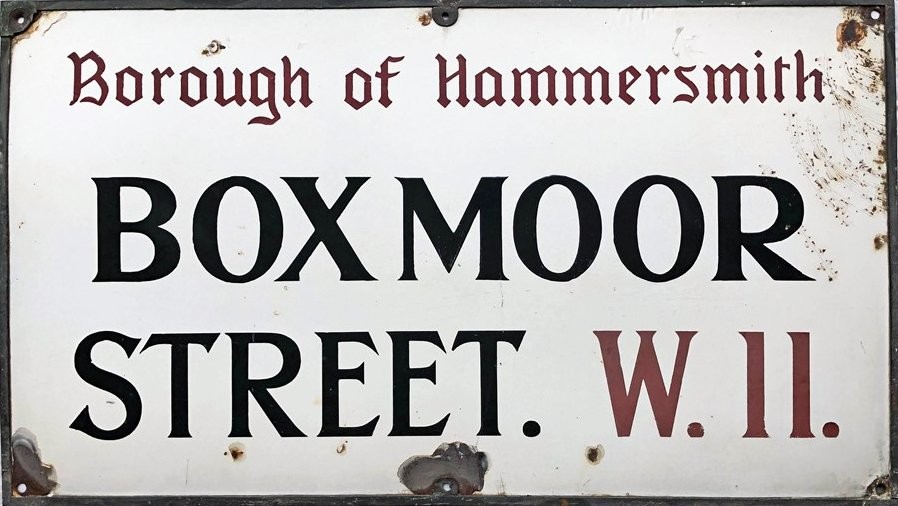 Boxmoor Street, W11
It ran west from Norland Road and started its life in the 1840s. The western end was originally the Counterâs Creek rivulet, later superseded by the track of the West London Railway.

By the 1930s, Boxmoor Street was described as "a little road off the Norland Market in Shepherdâs Bush". Its entrance was located opposite the Stewards Arms pub.

It was quite unique as it was part of W11 lying within the London Borough of Hammersmith and Fulham. The M41 (West Cross Route) motorway was built over the top of the street.