Gracechurch Street is in the heart of Roman Londinium - it runs directly over the site of the basilica and forum.

The word âGracechurchâ is derived from âGres-cherchâ or âGras-chercheâ. The âGracechurchâ version was not used until after the destruction of all of the buildings in the street during the Great Fire of London in 1666. During its history, the street was for a period named Gracious Street.

It was a late Anglo-Saxon street and seems to have been built around the same time as London Bridge (10th/11th century) to which it provided access.

The church is was named after - St Benet Gracechurch stood at the junction with Lombard Street. It was destroyed in the Great Fire.

In medieval times a corn market was held beside the church. Leadenhall Market dating from the 14th century is still the streetâs most noted attraction.

Originally at its southern end, it was called New Fish Street. North of Cornhill, Gracechurch continued as Bishopsgate Street.

The street was on the royal processional route. When the monarch entered the City from the Tower, they stopped in Gracechurch Street to witness the first of a series of pageants prepared by London to welcome them to the throne.

Gracechurch Street is mentioned in Jane Austenâs âPride and Prejudiceâ as the home of Mr and Mrs Gardiner, the uncle and aunt of the Bennet sisters.

Exterior of St Katherine Cree, City of London
Credit: Prioryman
Licence: CC BY 2.0
To View or share the image, go to its dedicated web page

Petticoat Lane in the 1920s
Credit: George Grantham Bain Collection (Library of Congress)
Licence: CC BY 2.0
To View or share the image, go to its dedicated web page

"London Bridge from the Old Swan" by the Irish painter Hubert Pugh (1780) Shooting the tidal rapids at old London Bridge was dangerous; many passengers preferred to get off at the Old Swan, and walk. Immediately across the river in the painting is St Saviourâs Church, now Southwark Cathedral.
Credit: Hubert Pugh (Bank of England Museum)
Licence:
To View or share the image, go to its dedicated web page 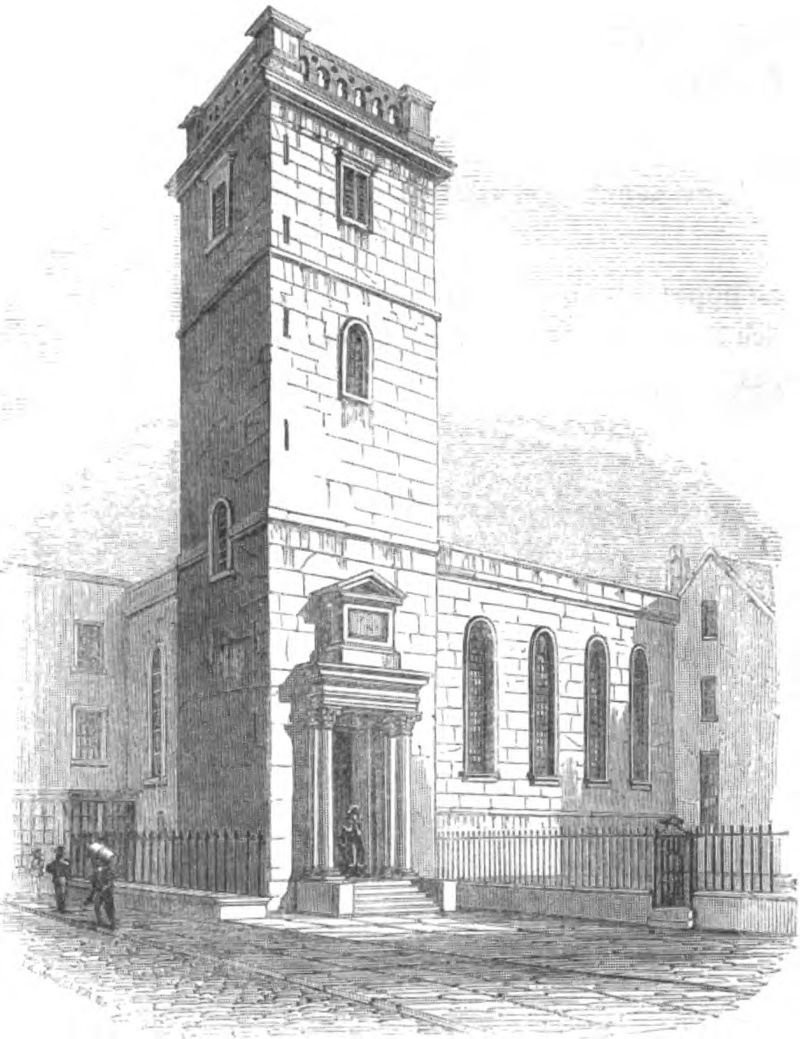 The Church of All Hallows Lombard Street as seen from Ball Alley in the 1820s. All Hallows was a rare City of London church not demolished due to the Great Fire or the Blitz but to falling attendances. Taken from âThe Churches of Londonâ by George Godwin (1839)
Credit: Robert William Billings and John Le Keux
Licence:
To View or share the image, go to its dedicated web page