South Ealing is notable in Underground trivia for having, along with Mansion House, every vowel in its name.

South Ealing station was opened by the District Railway on 1 May 1883 on a new branch line from Acton to Hounslow. At that time there was no stop at Northfields and the next station on the new line was Boston Road (now Boston Manor).

Electrification of the District Railwayâs tracks took place and electric trains replacing steam trains on the Hounslow branch from 13 June 1905.

The Northfields district then was just a muddy lane passing through market gardens. But housing began to be built at Northfields and in 1908, a small halt was built there.

Housing also began to appear to the north of South Ealing station - the area became rather commercial with new shops around the station.

The lines of the London Underground came under one ownership and, services from Ealing along the District Line into London having a lot of intermediate stops, it was decided to extend the Piccadilly Line parallel to the District tracks. Piccadilly Line services ran fast through the likes of Turnham Green and Stamford Brook speeding commuters into the West End.

The powers that be also decided to run Piccadilly line trains on the Hounslow branch - mainly because the western end of the Piccadilly line needed a new depot to store trains overnight and service them. 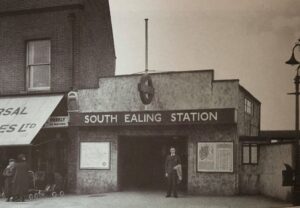 1932 was a very major year involving additional Piccadilly line tracks adjacent to the District Line on the Hounslow branch with the consequent rebuilding of road bridges and stations. In particular, land was found for the building of a new train depot immediately west of Northfields. This necessitated the Northfield station platforms being moved so they faced towards South Ealing on the other side of Northfields Avenue.

In the meantime the original South Ealing station had been demolished to enable the widening of the tracks and a temporary station entrance was built. Piccadilly line services, which had been running non-stop through the station since January 1933, began serving South Ealing from 29 April 1935. From this date, the branch was operated jointly by both lines until District line services were withdrawn on 10 October 1964.

No one in planning the stations had seemed to be too concerned that the two stations were now so close to each other until London Underground senior management paid a site visit and were dismayed to see what had happened with extra-close stations on the same line.

They proposed that South Ealing station should be closed and a brand new station built nearer Acton where the Ascott Avenue road bridge is and which could serve the newly built council estate south of the railway.

Local residents - and in particular the South Ealing Road shopkeepers - were very upset at this proposal. To pacify people, London Underground built a nearer entrance to Northfields station in Weymouth Avenue - a rather curious affair with a ticket office and a long elevated walkway to the Northfields platforms, part of the remains of which can still be seen today.

When London Underground in 1935 conducted a survey they found that most people preferred their station to be nearer where they shopped than where they lived. In addition far more passengers were now found to be using South Ealing because Brentford FC had been promoted to the first division of the football league. So South Ealing station had a reprieve.

With the war intervening, the temporary South Ealing station took on the status of a permanent station. It wasnât until 1988 that a âproperâ permanent station was built - back on the other side of the line where the 1883 station originally stood. South Ealing had never had a Charles Holden designed station like the other 1930s Piccadilly Line stations. so the 1988 new station had a small "Holden style" tower. 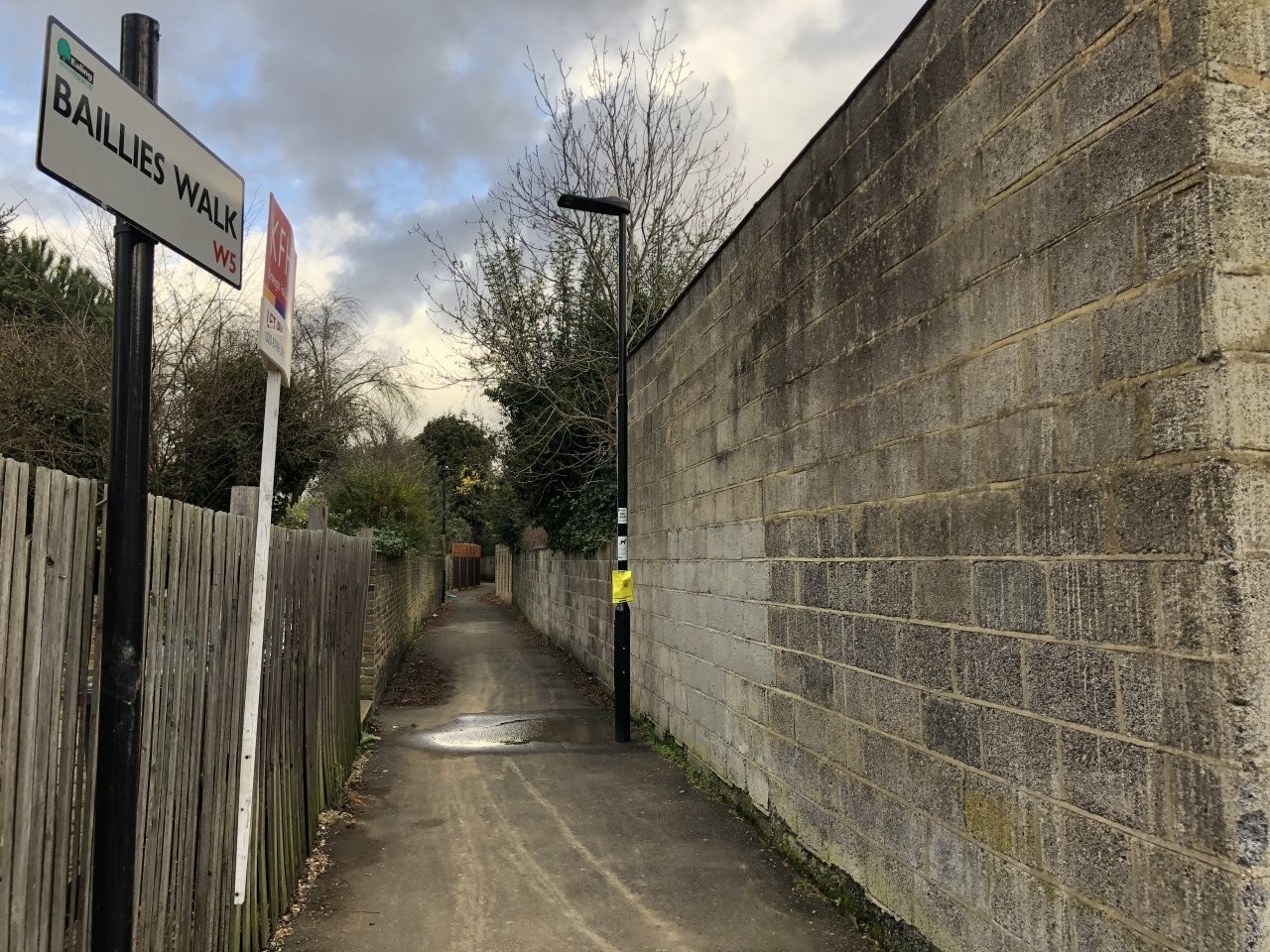 Baillies Walk, W5 is a curious relic of a public right of way which was neither made up into a road nor abolished. It still provides a âsecretâ back way between South Ealing station and Ealing Common.
Credit: The Underground Map
Licence:
To View or share the image, go to its dedicated web page