Until the late nineteenth century Poplar High Street was the districtâs principal street. 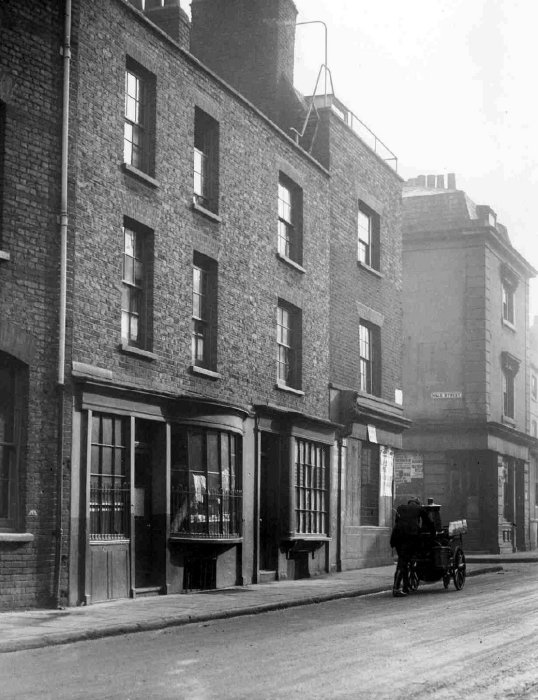 Poplar High Street, E14
The commercial importance of Poplar High Street declined rapidly from the 1860s, and in the late 1880s it was reported that âmany shops have been empty for yearsâ.

Nearly two-thirds of a mile in length, and on average only a little over 30ft in width, Poplar High Street contained 327 houses when it was renumbered in 1865. Most were narrow, with an average width of under 17ft. Extending along the southern edge of the river-terrace flood-plain gravel, it provided an indirect approach to Blackwall, and, perhaps as important, access to the ways which extended down from its south side into the rich pasture of the Isle of Dogs. The house-sites on this south side of the street sloped sharply downward and this was sometimes thought the less salubrious side. In 1863 the sewer behind the public house at No. 270 was still an open ditch of âwater carried away at every tideâ. It was on this ill-drained south side, however, that a clear if discontinuous line of âback laneâ developed, whereas there was nothing of the kind on the opposite side. The local medical men tended to live on the north side, which as early as 1623 produced a much higher yield from the rates than the south side.

In the nineteenth century the property of the manor of Poplar lay on the south side of the street, chiefly west of the workhouse. On the manor of Poplar in the years 1810â39 the lordâs property in the street (perhaps some 50 houses) brought him an income arising out of the âfinesâ or premiums on the renewal of holdings that was immensely variable but which averaged just under Â£100 per annum. (The most, in 1837, was Â£649.)

John Hale was a carpenter in the City, off Cannon Street. He seems to have acquired effective ownership from his relations and from him the property on both sides of the High Street descended by 1803 to his builder son, Thomas (in a trust with his mother). It was Thomas Hale, one of the first would-be developers, with Thomas Ashton of Blackwall, of the east end of East India Dock Road in 1807â8, who finally subjected the property to development in the first decade of the nineteenth century. This was chiefly in Hale Street and more humbly in Queen (later Bickmore) Street, and on their flank fronts to the High Street.

In the opening decade of the nineteenth century, when the great enclosed docks were made, there was a building boom of a kind in the High Street. The general London building boom of the midâ1820s is faintly reflected and in 1824 the parish authorities noted that several houses were about to be taken down. The up-to-date appearance of some of the replacements has been noticed. Among the houses built on the south side in the 1850s, though they were âof no architectural meritâ, some were professionally occupied, and this seems to signify a short time when the prospects for residential property in the street had some faint promise, with local poverty alleviated by the Crimean War boom in shipbuilding, a time when âthe whole Isle of Dogs rang with hammers from morning to nightâ. The Poplar Literary and Scientific Institution was here (behind Nos 186â188) in 1845â52, before moving to East India Dock Road. In Poplar generally far more new houses were built in 1845â55 than in 1871â91 and the High Street reflects this. There were 51 new houses built in the 11 years 1845â55, 18 in 1872â82, nine in 1883â93, nine again in 1894â1904, but none in 1905â15. Rather similarly, new shopfronts numbered 19 in 1845â55, three in 1872â82 and nine in 1883â93.

Since 1817 much of the street had lain within the metaphorical and some of it in the physical shadow of the big workhouse building on the south side. Nor were the attractions of the street enhanced by the trades pursued there, such as the 11 slaughterhouses in 1859, the cork-burner at No. 100 in 1899 and the haddock-dryer at No. 302 in 1881. At and behind No. 25 the nineteenth-century sawmill was succeeded by chain-makers and repairers whose ironworks continued there after the Second World War. The hold on âamenityâ was very frail and by the end of the nineteenth century the street was thoroughly depressed, with âseveral houses of ill-fame, frequented by common seamenâ, on its south side. Will Crooksâs biographer spoke in 1907 of the ânow silentâ High Street, and the Inland Revenueâs valuation of 1909â15 shows the silence to have been one of decay and neglect.

Emslieâs views in the 1870s show how much the High Street was then a shopping street. But they probably show a street where retail prosperity was already in decline. Commentators attributed this to the departure of street-traders and costermongers to Chrisp Street, from the late 1860s onwards. The removal of the Poplar Railway Station to East India Dock Road in 1865â6 had probably made matters worse. By 1895 the City Press called it âone of the worst paying thoroughfares in Londonâ. From 1872 to 1900 few new shopfronts are noticed in the district surveyorâs returns. There was then some increase, to 1915. But the Inland Revenueâs valuer was driven to constant comment in his assessments of 1909â15 that this was âa bad business streetâ. (ref. 83)

As for the shops themselves, by the 1930s they shared one predominant characteristic with the rest of Londonâs humbler shops: the division of the ground floor between the shop itself at the front and a separate âshop parlourâ behind, whence the proprietor would emerge at the tinkle of the shop bell. Access to the shop parlour and the rooms above was usually via the shop not via a separate street-door. Some shops of this kind were of very simple design. 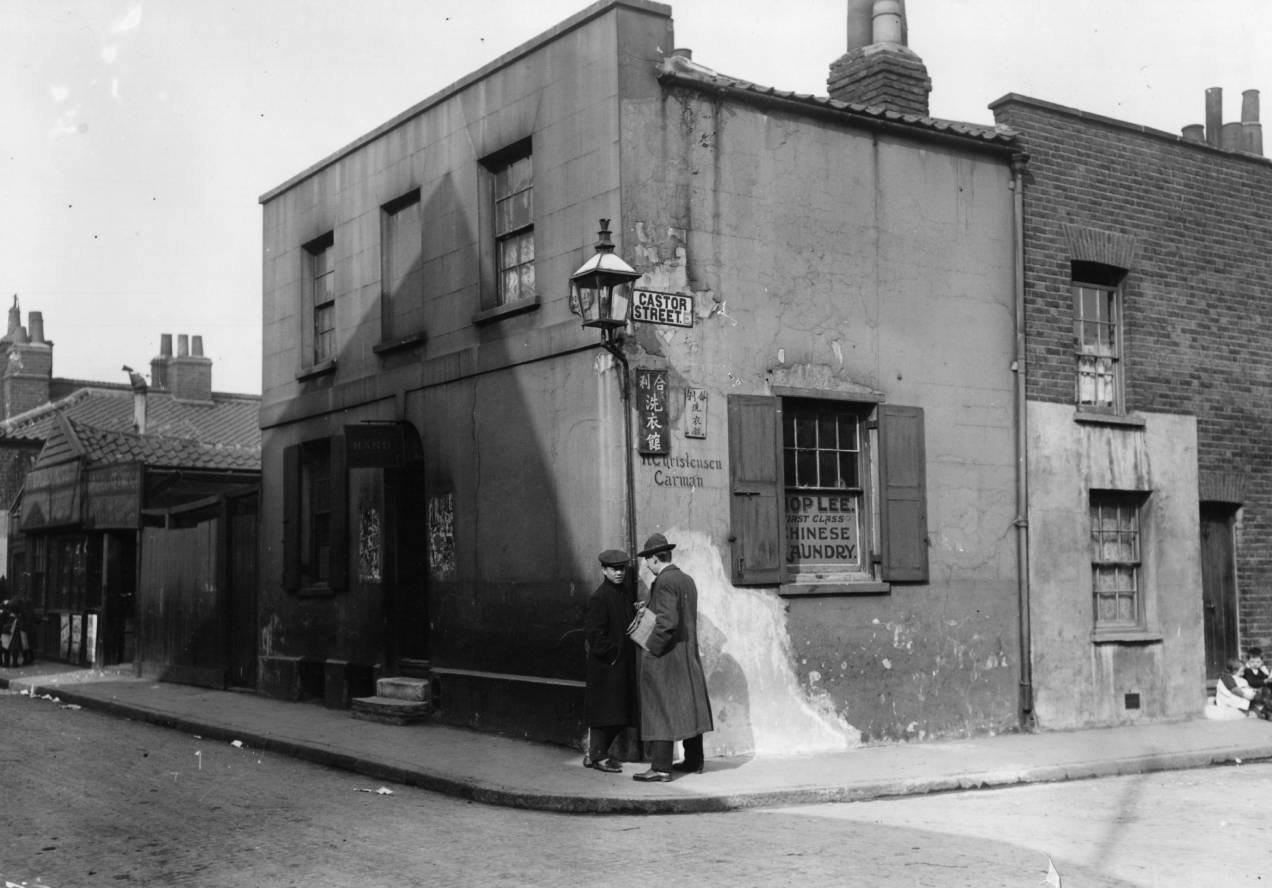